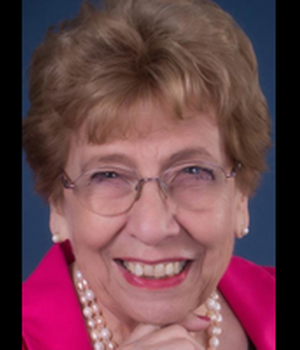 Our younger daughter was almost 10 years old when Ross, her big brother and best friend, graduated from the U.S. Naval Academy at Annapolis. The trip back to Maryland for graduation was something she’d looked forward to for four long years and her pathway was clear before her. We heard her tell us many times. She shared her story with everyone. When she grew up, she would go to Rosses’Apolis.

Our time at the historic academy was filled with wonderful moments, but it was hot, and there were crowds and noise, and there seemed to be lots of people with bayonets, so I didn’t notice that she seemed a little subdued.

Younger Daughter, however, came to me when we returned home with tears in her eyes. She said, “I’m not going to Rosses’Apolis when I grow up.”

“They tell you what to do there,”She explained and then added a hint steel. “NOBODY is going to tell me what to do.”This was the end for the Navy and her future.

After high school, my goal was to become an airline stewardess. I ignored the fact that I had never been on a plane before and sent the tuition money to a Midwest school that promised to place my graduates in dream jobs at major airlines. In the 1950s, stewardesses were often called upon to soothe a baby who was crying while Mom took a break or slept, while the mother wore a suit. “soft and feminine hairstyle” “delicate and flattering makeup.”These descriptions actually come directly from airline job ads.

“A well-fitted girdle,”The ads continued. Yes, we all wore girdles. You wouldn’t have liked it.

You had to be single. I was, and you know what? The deal breaker was next. “Maximum weight of 135 pounds.”Before their shifts, the stewardesses actually had to be weighed. They told you how much to weigh. NOBODY can tell me what to weight.

Everybody has unexpected turns as the years passed. Youngest Son returned from Thanksgiving break wearing a sapphire-stud earring. This was in an era when only pirates wore earrings. I looked horrified and closed the door. Son stood outside, shouting. “You took that very well, Mother.”

But the events took a positive turn. Youngest Son got into a fight over the truck driver’s comments about the earring. (“He said surprising things about you, Mother,”He related. “I didn’t even know he knew you.”Truck Driver offered to remove the earring. Son politely declined and ceased wearing the earring. He’s an attorney now. He’s the son, and not the truck driver.

Next week, my first Great Grandson will graduate from high school. You can see why I’m a little worried about the path ahead in these uncertain and dangerous times. It seems like every graduate should have the number to the Capitol Switchboard so that they can get started in making their voices heard by Senators or Representatives. (It’s 202-224-3121).

We probably shouldn’t worry so much. Christopher Walken was a lion tamer at a circus and Pope Francis was a nightclub bouncer. They came out OK.

Many of our family members have been planning to celebrate this happy season with a trip and see the new. “Top Gun”Movie, except for Annapolis alumnus who wanted to skip it.

“I didn’t plan to go owing to the fact that I hate Tom Cruise,”He thought about it. “However, a bunch of Abraham Lincoln alumni (USS Abraham Lincoln CVN-72) gathered up to see it, and I joined them.”

Son generously provided a long list critiques and concluded with the observation that “the CGI dogfight looked like it belonged in a Star Wars movie.”

Navy son observes that even though he still hates Tom Cruise “It was fun catching up with my shipmates, though.“

His brother, ending his first year teaching at a new school year, observed that his own work means “boldly grading essays that no one has graded before.”He also reported a graceful touch to the graduation ceremony.

“Before the ceremony, as people were filing into the bleachers, they played thank-you messages to family and friends from the graduates over the PA. One of them included ‘…and to my Grandma, for always cutting my fruit for me,’ which I’m supposing was a little bit of an inside joke, but it was still sweet.”

And that’s it, isn’t it? We continue to be inspired by the people we meet along the journey.

What about the younger Daughter who voted against Annapolis? She is a professional ventriloquist and puppeteer who can control a large number of characters. She tells them what to do. They do it.

Where can I find Dorothy?

Register for both events at [email protected]

Ariel Rose - June 20, 2022 0
Andreas Rentz/Getty Images Entertainment Farfetch is an online luxury e-commerce platform.NYSE:FTCH) has seen its share price sink over the past...

Ariel Rose - June 8, 2022 0
The European label industry association FINAT has announced the 2022 FINAT-Label Competition winners. The awards ceremony was held on June 1 on the...