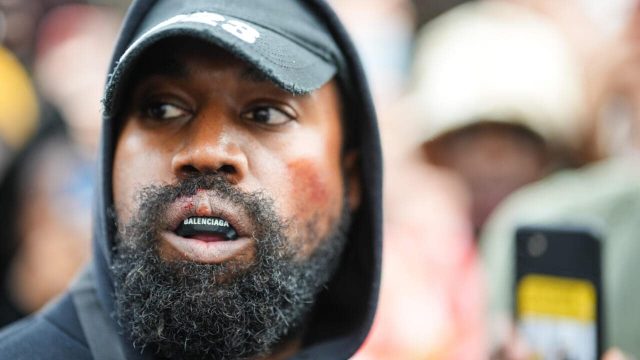 Big Sean, a Burberry baby shower guest, kicked off the week with a lot of online commotion. Elsewhere, Method Man got cozy in down jackets for a new campaign for Moose Knuckles, Hanifa hosted a virtual show, luxury brands are partnering with Black designers, Telfar bags reselling for more than double the value of legacy luxury brands such as Hermès, Black women continue killing it on November magazine covers, and more.

In a statement to Women’s Wear Daily released Friday, representatives from Balenciaga’s parent company Kering disclosed that there is no longer “any relationship nor any plans for future projects” with Kanye West.

This announcement comes after West, who now goes by “Ye,” startled, offended, and baffled the masses with increasingly troubling behavior that has included declaring “White Lives Matter” in both his latest Yeezy designs and alongside Candace Owens, insulting and harassing a Black female editor of Vogue, sitting down for an interview with Tucker Carlson, catching a lawsuit from the family of George Floyd, and doubling down on antisemitic rhetoric.

Notably, Ye opened Balenciaga’s Spring/Summer 2023 show during the most recent Paris Fashion Week. His partnership with the brand dates back to 2015 when he collaborated with Balenciaga’s Creative Director Demna Gvasalia and his brother Guram Gvasalia on Yeezy Season 1. Demna also worked with West on both his Yeezy Gap collection and the “Donda 2” tour and was present at the entertainer’s most recent presentation.

News of Balenciaga closing ranks amid the recent controversy comes as a particular surprise given that earlier this year, Demna praised West for being one of the few artists who understood his vision.

Is your Telfar bag a better resale bet than an Hermés?

A bag by Telfar may be affectionately called the “Bushwick Birkin”; however, according to a new retail report on resale values, the brand’s resale value is double that of legacy brand and actual Birkin maker Hermès, making the nickname more of an actual descriptor.

WWD reports that Magugu transformed a cinched jacket into an oversized cotton T-shirt. This allows anyone wearing it to highlight their waist.

Magugu shared with WWD his feelings about Dior over the years.

“I’m from a small mining town called Kimberly, a place which sometimes is completely overlooked on certain maps. But even there, people are very familiar with Christian Dior,” Magugu agreed. “It sort of revolutionized how women dress.”

The capsule collection will be limited-edition and available from October 27. ⁠

Reality TV star Amanza Smith may be keeping her new boyfriend a mystery until season six of “Selling Sunset” drops, but she isn’t keeping quiet about her first-ever jewelry collection, a collaboration with Eden + Elle called “Spirit of Place.”

According to WWD, the collection features handwoven earrings, bangles, bracelets, necklaces, and charms in blue, silver, white, black, and gold that evoke a few places of meaning to Smith.

“Basically, they told me to choose places that really spoke to me, places in the world…So I came up with city, urban and beach,” WWD quoted Smith as saying.

The line is priced between $69 and $409 for a single woven beads, and will be available online and in-store at Showfields in New York City from Jan. 22.

According to Complex, the collection includes fur-lined parkas, bombers, jackets, and vests in black, white, brown, and camouflage print options ranging in price from $595 to $1,450.

“Both are powerful forces and originators in their respective fields making them perfect choices as the faces of the campaign,” Victor Luis, CEO of Moose Knuckles, made the statement.

Lillard will be joining the platform as its first “Crew Athlete” and is investing an undisclosed amount into the company according to WWD.

“I see a real opportunity to not only learn something new but make real contributions that will help develop the business — beyond just putting my name on something…With everything I do, I strive to ensure I’m highly involved and that it is a reflection of my values and priorities,” WWD spoke with Lillard.

A certain generation may recall stumbling upon the Home Shopping Network late at night and becoming entranced as an enthusiastic host sold items live to viewers at home and in the studio. Older generations may remember how fashion shows used be. Some even featured a host or presenter who described the items on the runway. Hanifa founder and Creative Director Anifa Mvuemba channels both classic forms in her latest FW2022 virtual show which debuted on her site Monday.

During the virtual “see now, buy now” show, a host perches on a light pink suede couch as Mvuemba’s designs are paraded by her on models. Each model stops to allow the host to talk about the items, their style and description. During the show, viewers can also access links to the pieces online to make purchases.

If you missed the virtual show, the line, ranging in price from $899 to $129, is available to shop now online. 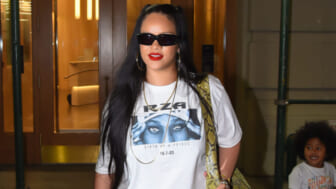 Keke tells Porter about her reign as the Queen of Memes

In the November issue of Porter magazine, Keke Palmer discusses with Hanna Phifer her many achievements, dealing with prejudice in the industry, and, of course, the many memes she’s inspired. The accompanying editorial shoot features Palmer posing in red and pink designer duds ranging from full length skirts to lace catsuits, most of which are on sale at the magazine’s luxury sister site, Net-A-Porter.

“There’s no moment, and there’s nothing, outwardly, that can make me feel as good as I feel about myself,” Palmer tells Porter.

Other November cover stars include Lupita Nyong’o, Venus Williams, and Meghan, Duchess of Sussex; see them all in our gallery below.

Lupita Nyong’o for The Hollywood Reporter

Lindsay Peoples tells WWD about the ‘fearless usefulness’ of The Cut

Lindsay Peoples, who became the editor-in-chief of The Cut in January 2021, sat down with WWD to discuss what life has been like since taking the helm of the popular fashion and culture vertical.

Peoples has also given much space to the loved ones of those who were killed in high-profile, police-related shootings.

“Our [Black Lives Matter cover on the 10th] anniversary of Trayvon Martin’s [death] was really important to me…We’ve done some pieces with Breonna Taylor’s family and a piece with Samaria Rice, Tamir Rice’s mom; I wanted to make sure that the experience of a Black mother who is stuck in time and in her pain was really given space on our platform,” She stated that she was proud of her statement.

Peoples recalls her early days as Teen Vogue’s assistant. She is open about how being Black has impacted the career of her.

“People never understand that when you are a person of color, you just have a different responsibility,” She said. “Everyone has to choose how much of that they take on. It is something that I literally wake up and think about every single day.”

TheGrio is available on your TV via Apple TV and Amazon Fire as well as Roku and Android TV. TheGrio’s Black Podcast Network is free too. Download theGrio mobile apps today! Listen to ‘Writing Black’ with Maiysha Kai.

Ariel Rose - January 30, 2023 0
Ayra starr, a fast-rising talent, wanted to become a fashion design professional according to her...