Hip-hop, a revolutionary musical genre and cultural movement that dates back to the ’70s in the Bronx, New York, has been serving as a platform of self-expression throughout the decades.

The Harlem Renaissance opened the door to hip-hop. Since then, the Black community has been using this powerful medium, rap and fashion, to share their art with the rest of the world. Icons like Queen LatifahRihanna, Lauryn Hills, and Rihanna have all created groundbreaking looks over the years that have influenced the way brands and fans around the world perceive style. Hip-hop fashion doesn’t just revolve around tiny crop tops or baggy silhouettes. It allows individuals to express themselves and unite as one.

In honor of the first Hip-Hop History Month, we are highlighting some of our favorite iconic looks from hip-hop’s most influential female artists in the ’80s, ’90s and ’00s. Keep scrolling for a trip down memory lane. 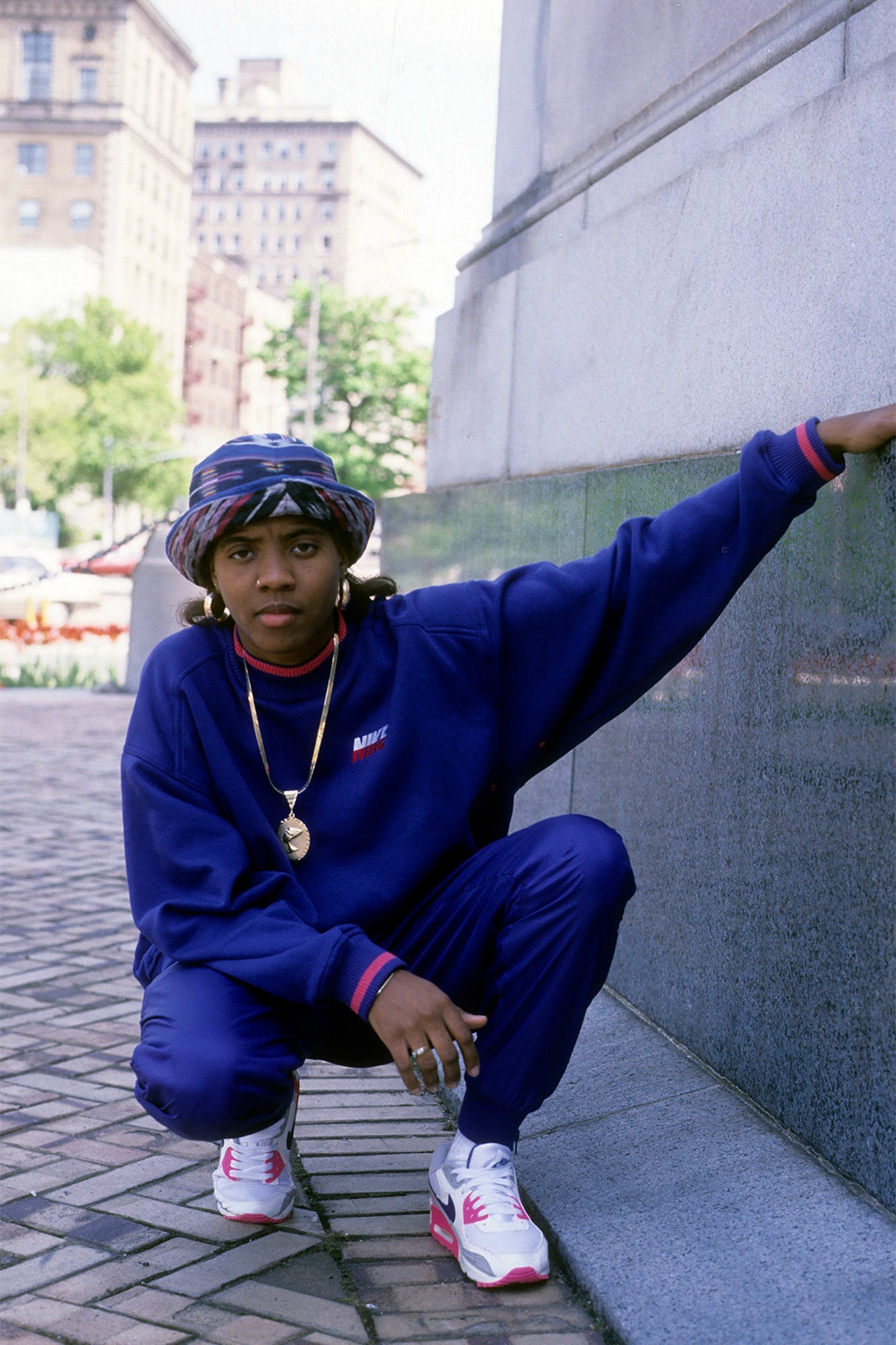 MC Lyte was just 16 when she released her first single. “I Cram to Understand U (Sam),”She wrote it when she was 12 years old. With eight solo studio albums and one EP, Lyte is one of the pioneers of female rap — and she also has an eye for fashion. In the ’80s, the artist loved a darker color palette and could often be seen in oversized silhouettes paired with hype sneakers. 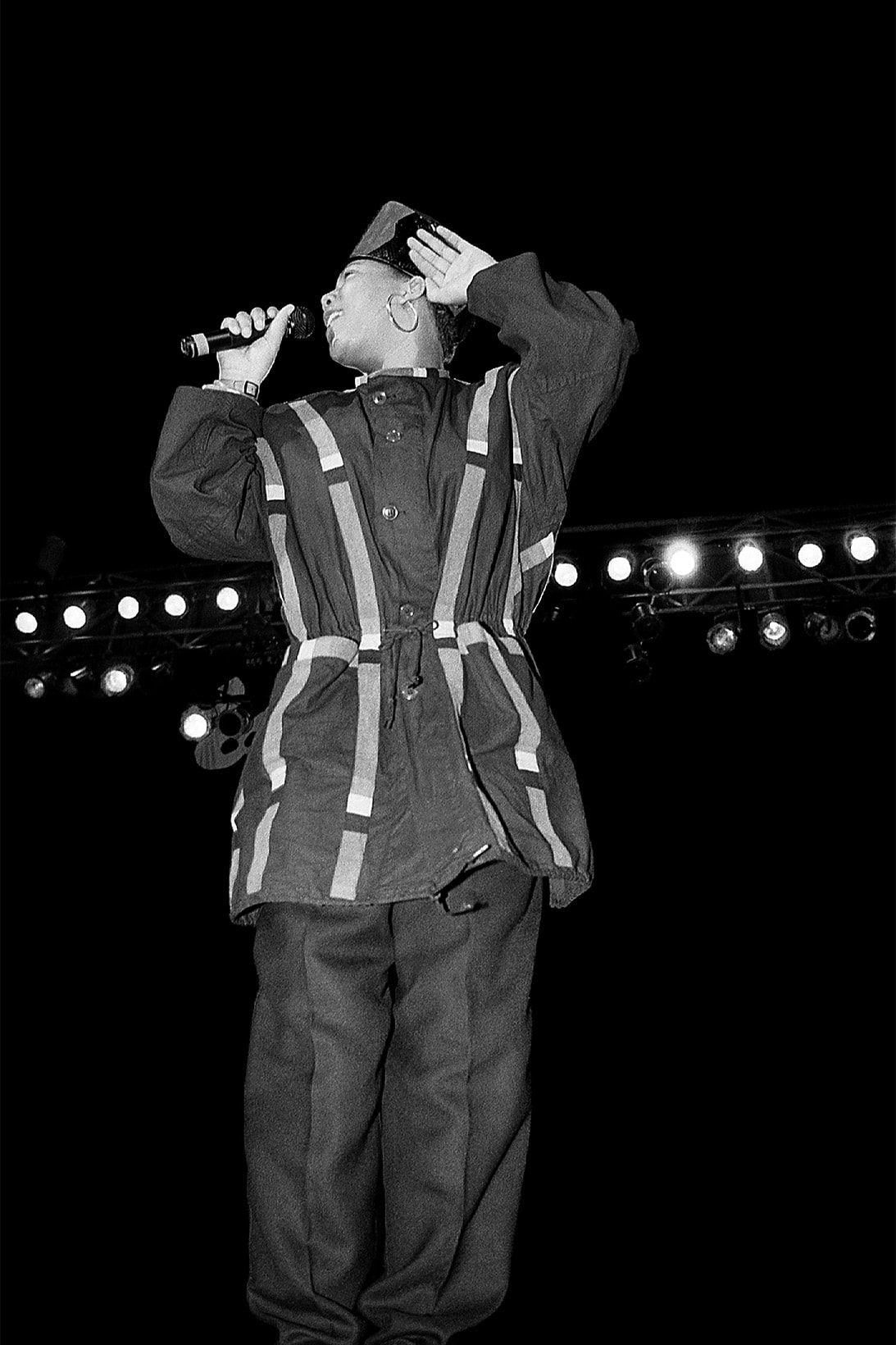 Before she went solo, Queen Latifah beatboxed for a hip hop group called Ladies Fresh. In 1989, the artist signed with Tommy Boy Records. She released her first album All Hail the Queen. Latifah had a unique and authentic take on style during the ’80s, which was comprised of African crowns and matching sets dressed in vibrant African prints. 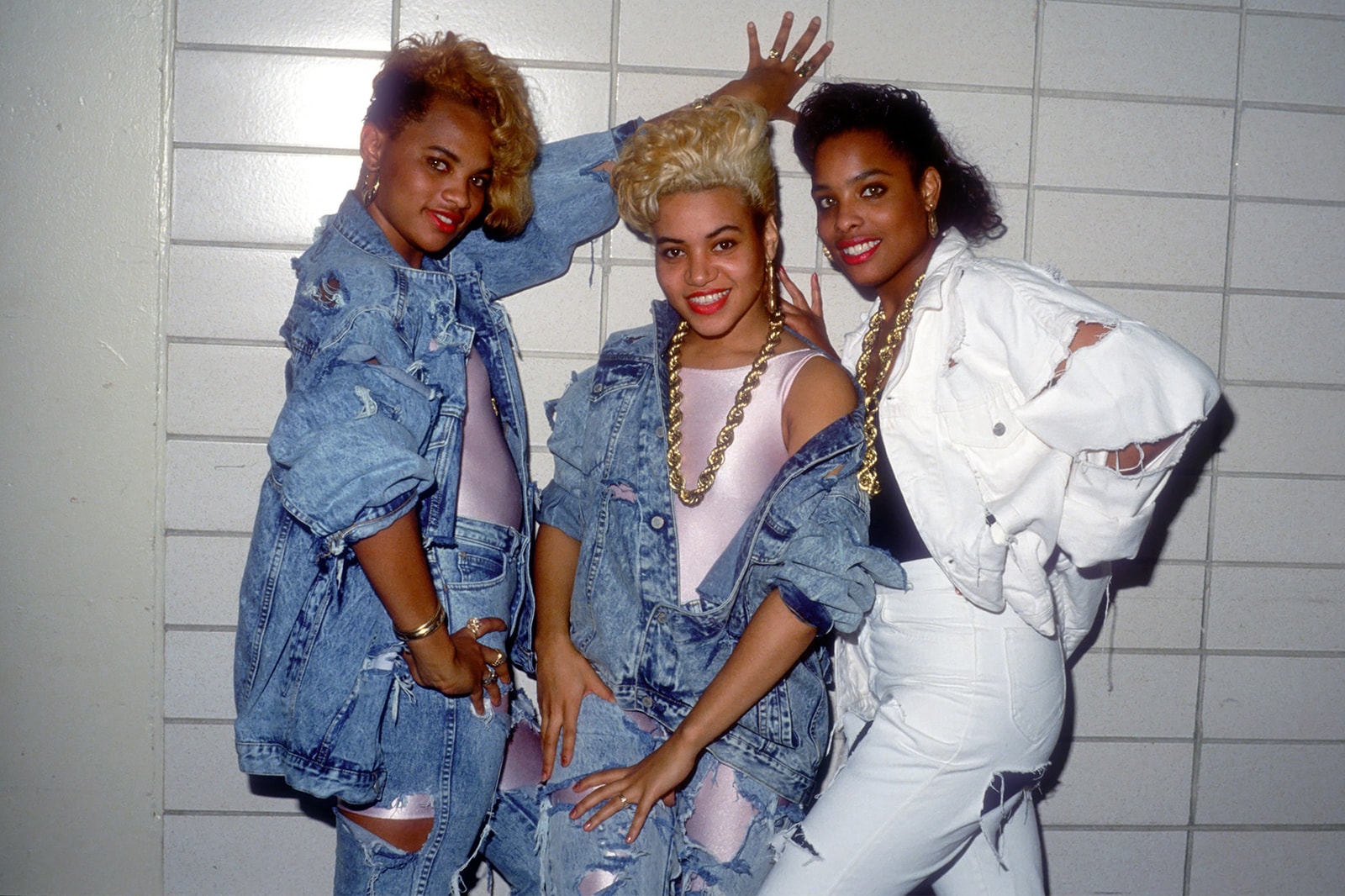 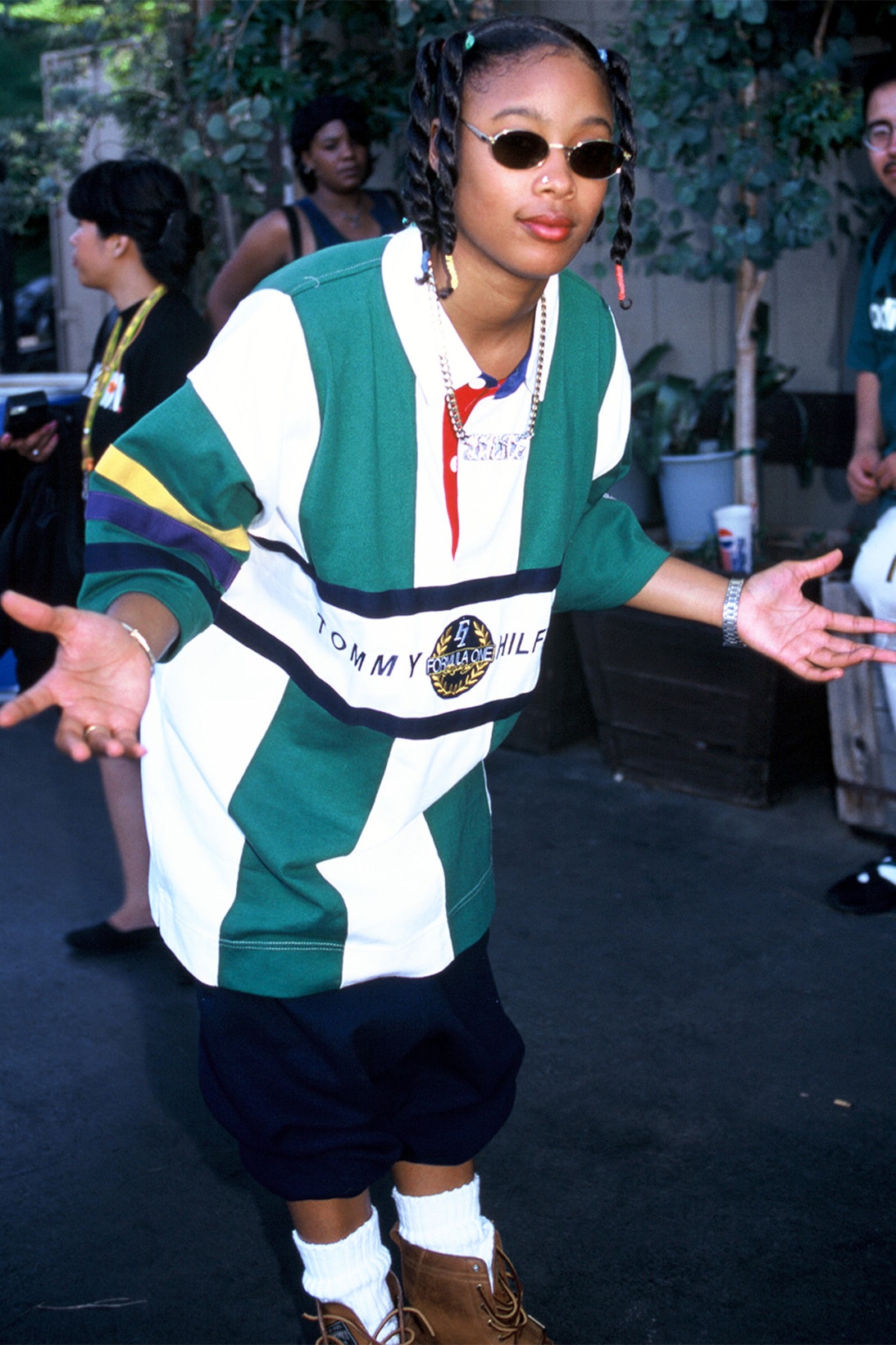 Da Brat introduced herself to the industry in 1994 with her first album Funkdafied. The record’s nine tracks earned her the title “Funkdafied”, the first female solo rapper to be awarded platinum status. During red carpet appearances and musical performances, Da Brat was influenced by the ’80s baggy trend, but also experimented with crop tops, chic leather silhouettes and statement hair accessories. 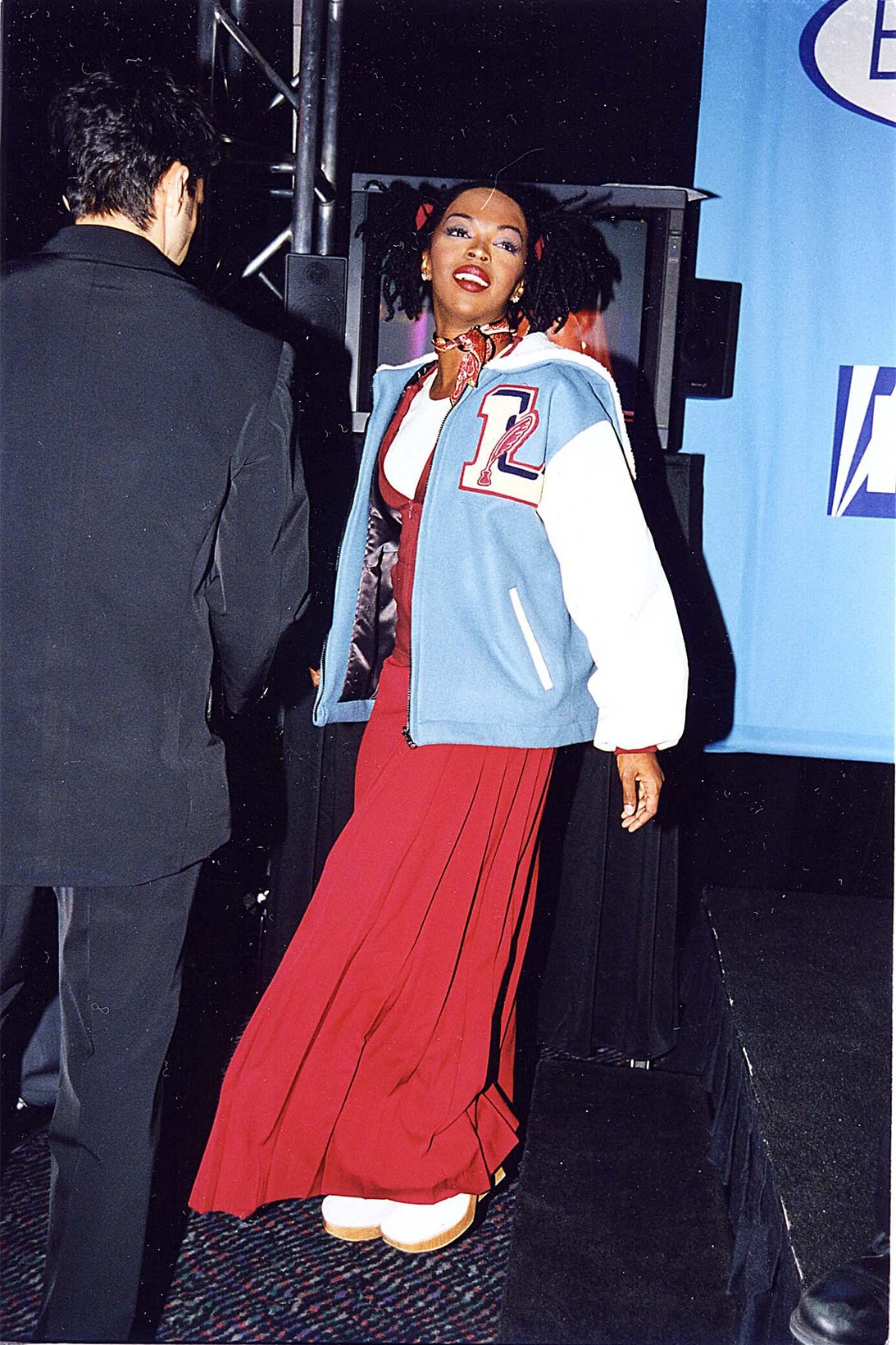 Ms. Lauryn Hills, one of the most prominent rappers in the music industry, popularized melodic Rapping during her time. She was also a member of the Fugees and reached her peak when she released her first solo album, “The Miseducation of Lauryn” Hill has won eight Grammys in total since her music career began. This is the most any female rapper has ever achieved. It’s no secret that the rapper is also a style icon. During the ’90s, Hill wore a mix of oversized and form-fitting garments complemented by eccentric jewelry. 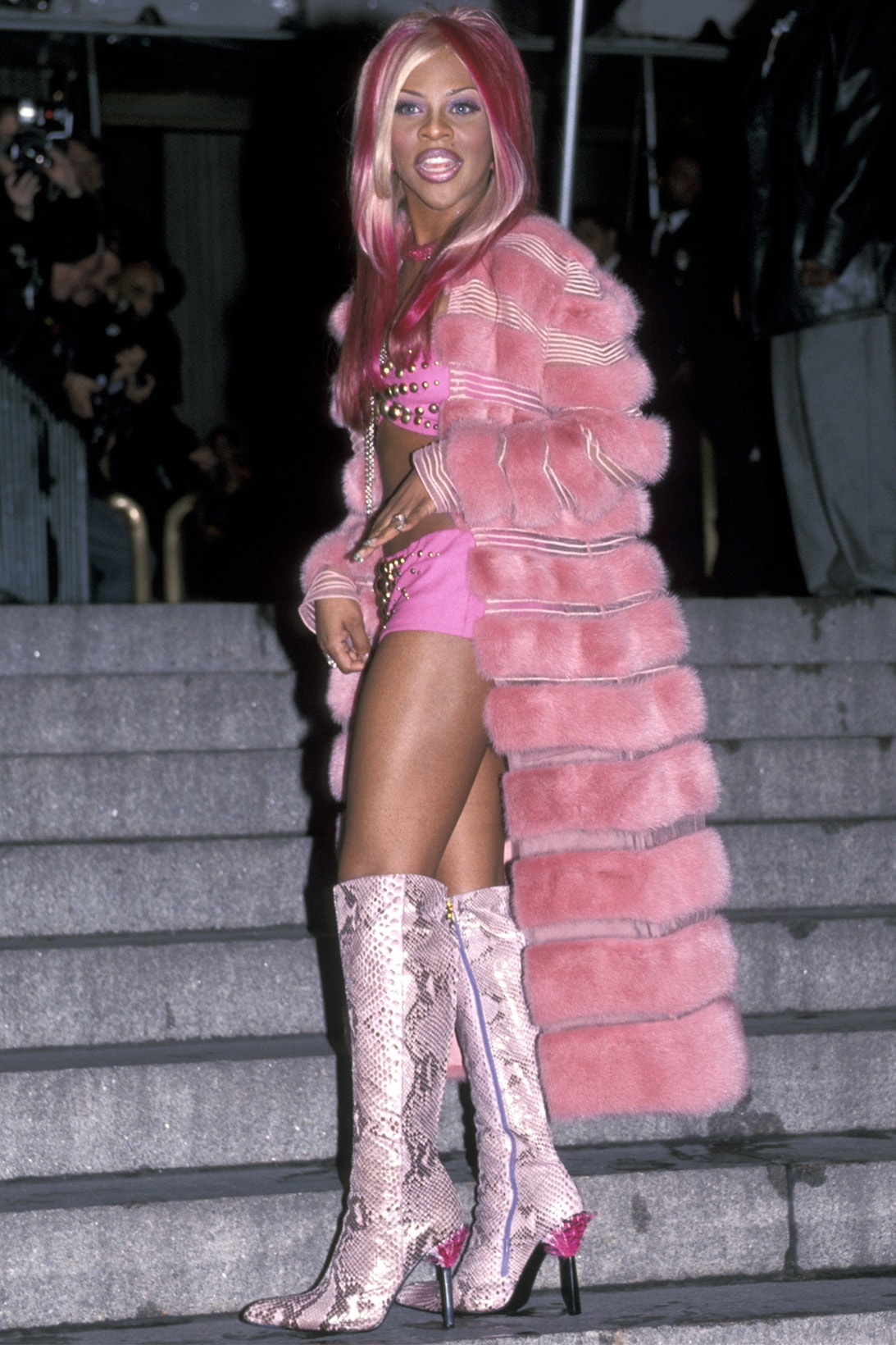 Discovered By The Notorious B.I.G., Lil’ Kim started out as a Junior M.A.F.I.A. member. After two years, Kim went solo debuted her first album Hard Core, which features her hit singles “No Time,” “Not Tonight” and “Crush on You.”Kim was always stunning on stage, thanks to Misa Hylton her stylist. Some of the artist’s most memorable fits include her revealing Cleopatra-inspired look at the 1997 MTV VMAsHer pink two-piece set, pink fur coat, and her her one-breasted mermaid bodysuitHylton designed this logo for the 1999 MTV VMAs. 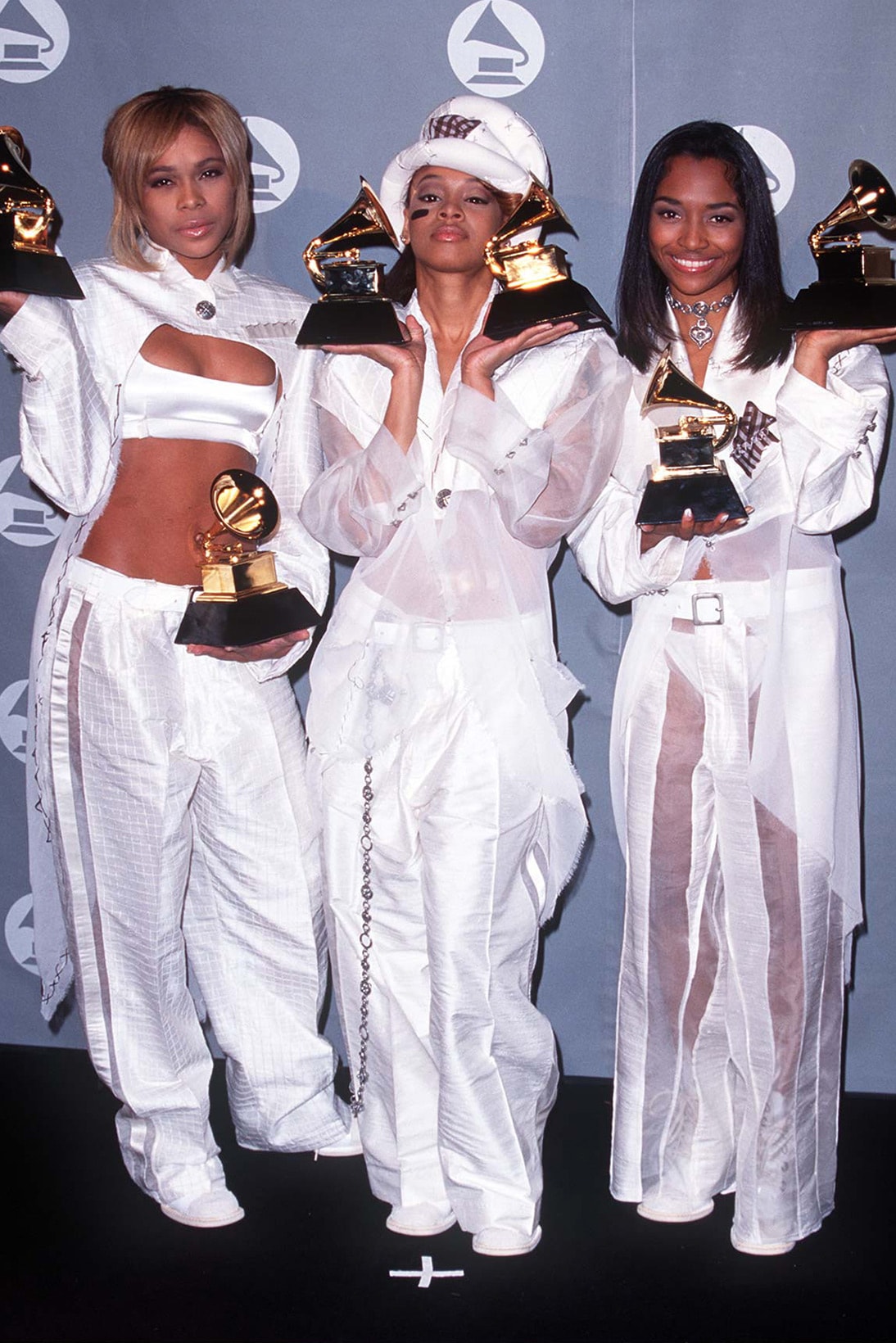 Tionne founded TLC in Atlanta, Georgia in 1990. “T-Boz”Watkins, Lisa and the late Lisa “Left Eye” Lopes. Rozonda has been added “Chilli” Thomas in 1991, TLC has composed four albums in total — all of which are multi-platinum. In the ’90s, the group rocked a range of baggy styles and leaned towards the tomboy aesthetic. 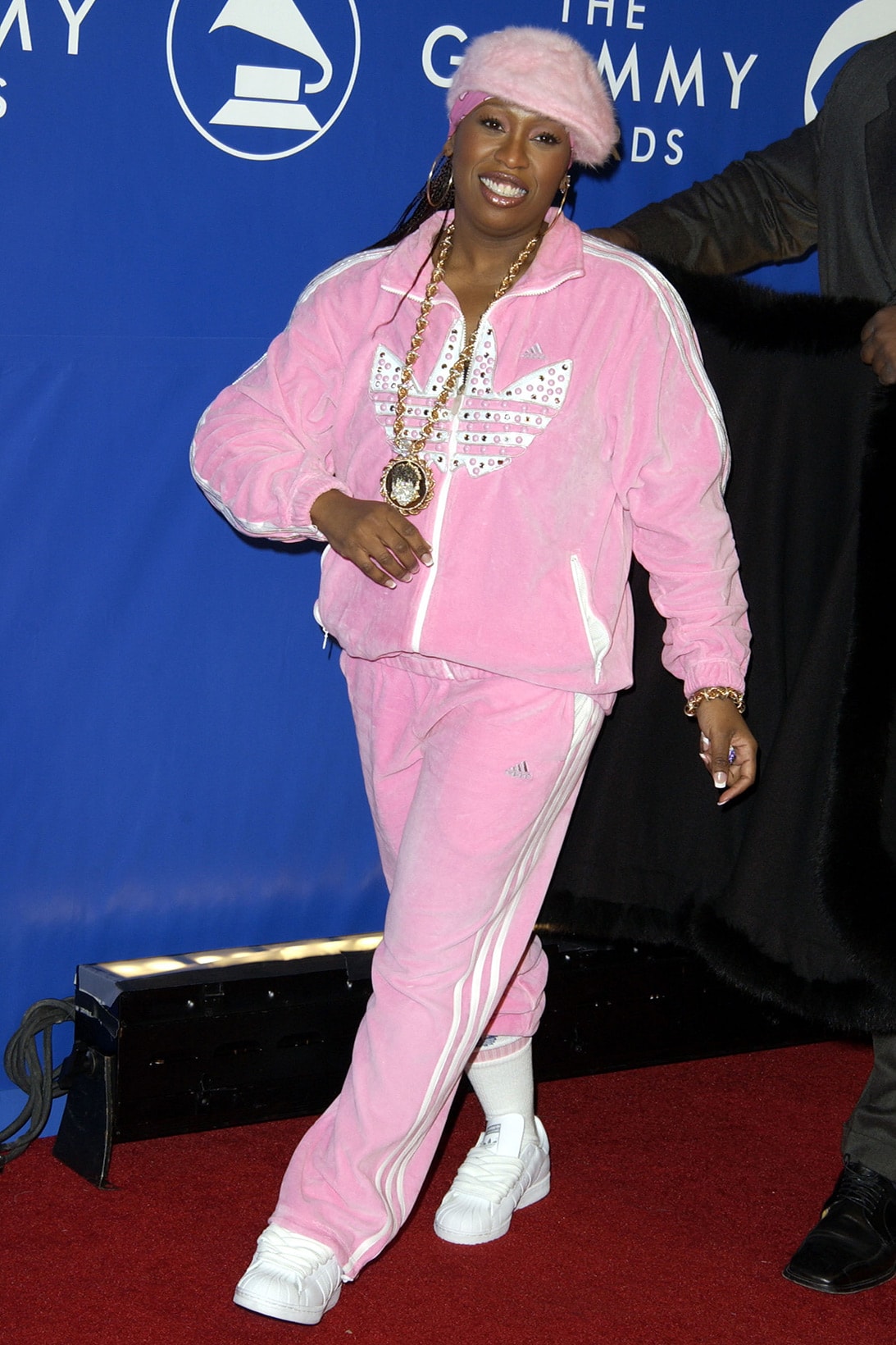 Missy Elliott rose to fame when she debuted her solo album, Supa Dupa Fly, in 1997. The record reached the third spot on the Billboard 200 chart. This made Elliott the first female rapper ever to achieve this feat. The rapper is well-known for her feminist lyrics and her stance on body positivity. She is also known for her eye-catching looks on and off the red carpet. No one rocks a tracksuit better then the rapper, be it her head-to-toe adidas looks, or matching sets. “Work It” artist. 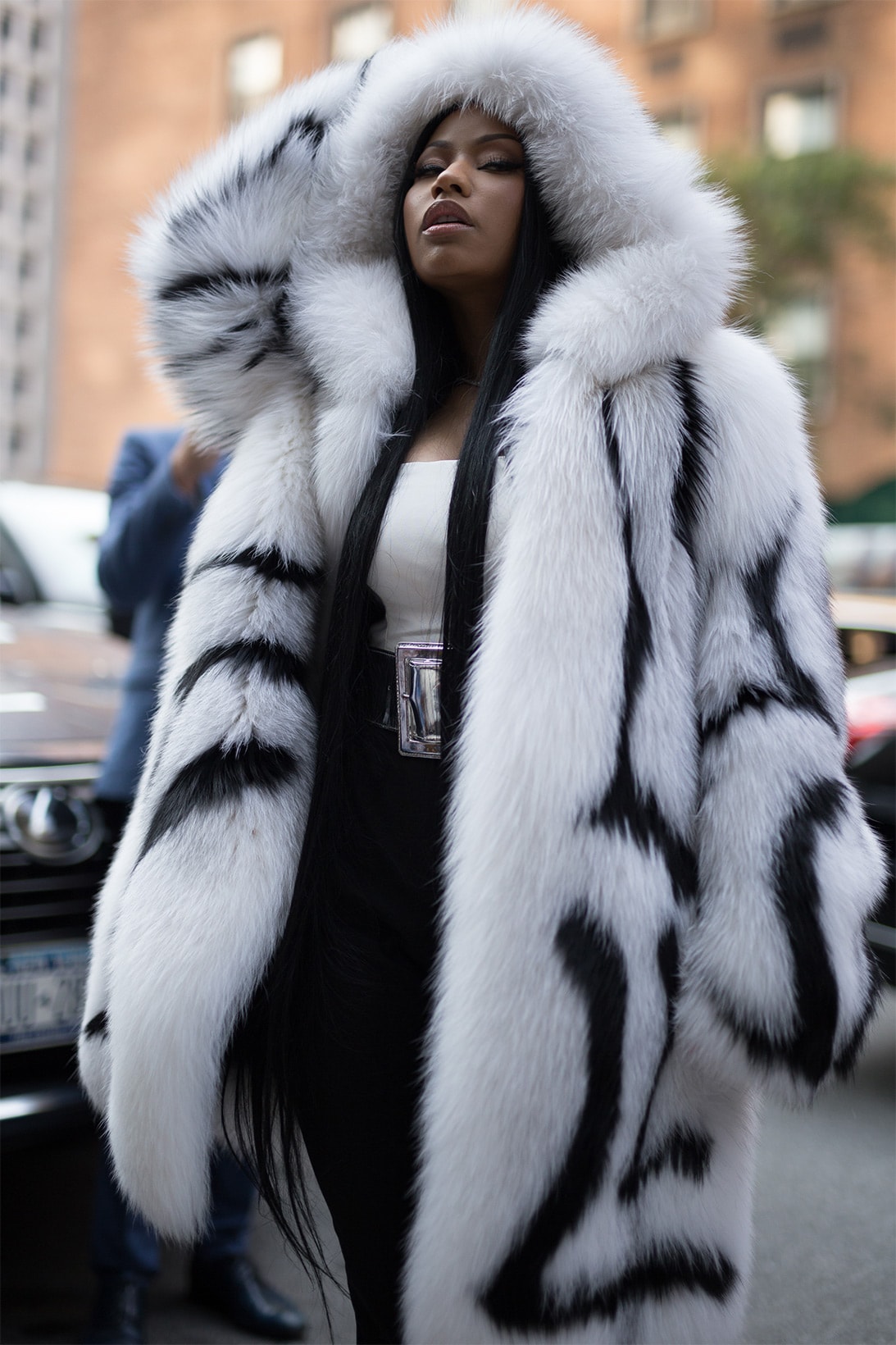 From her Amato Couture metal dress at the 2011 MTV VMAsHer stunning red Oscar de la Renta gown at the 2018 Met GalaNicki Minaj is a legend. For those who don’t already know, the rapper was a part of a quartet called The Hoodstars comprised of Lou$tar, Safaree Samuels (Scaff Beezy) and 7even Up. After dropping her mixtapes Playtime Is Over and Sucka Free, Minaj decided to go solo and gained a lot of attention. Pink Friday, her debut album, was home to her platinum single. “Super Bass”? 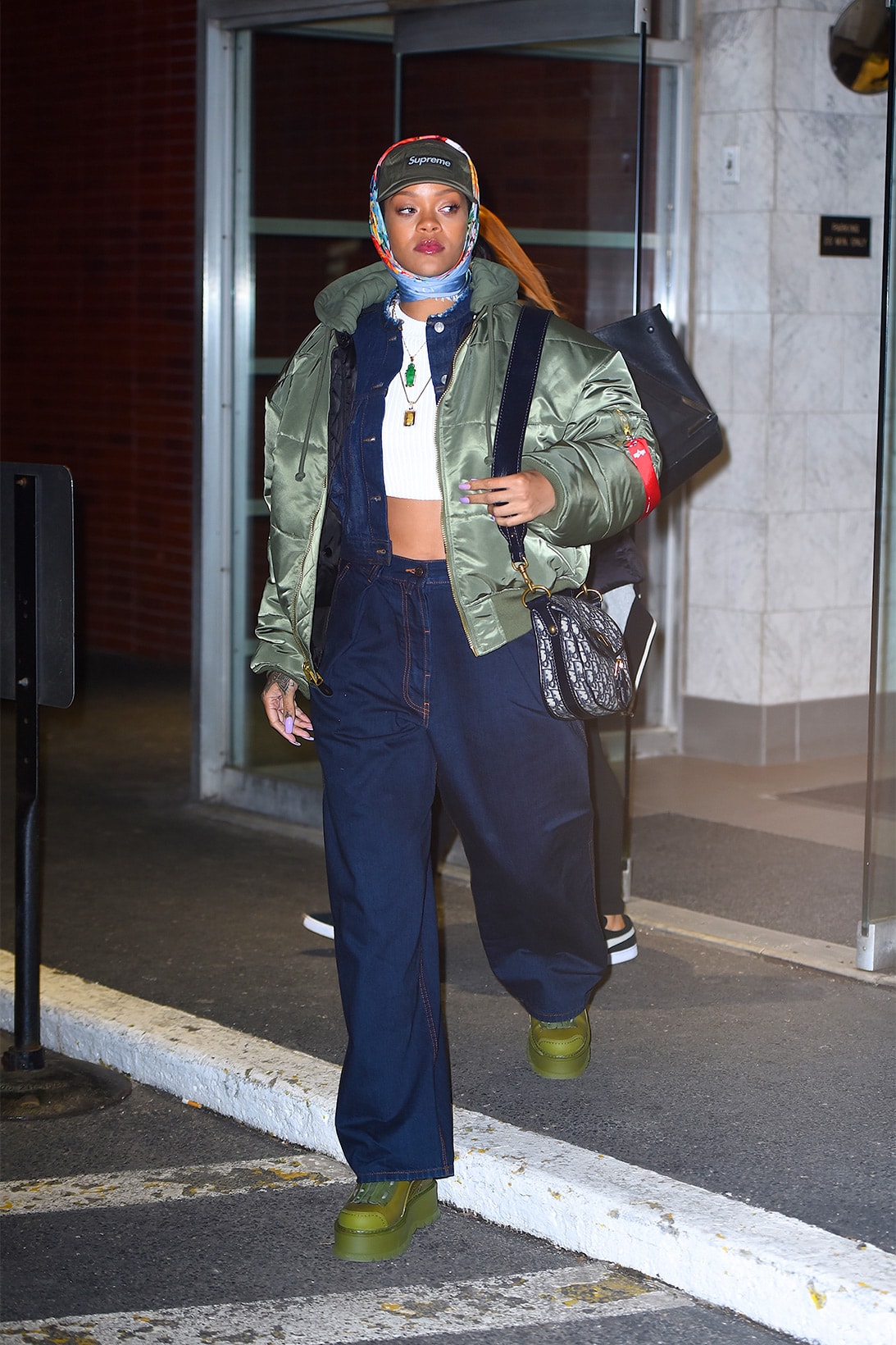 While we patiently wait for Rihanna to drop new music, revisit some of the Barbadian singer’s best releases and iconic ensembles. After gaining recognition with her albums Music of the Sun and A Girl Like Me, the star continued to drop more music such as her Good Girl Gone Bad record featuring “Umbrella,”This was Rih Rih’s first Grammy. The artist is also the founder of Savage X Fenty lingerie label. She can make any trend work on the streets using her monochromatic looks, and often steals attention on the red carpet wearing her extravagant custom gowns. 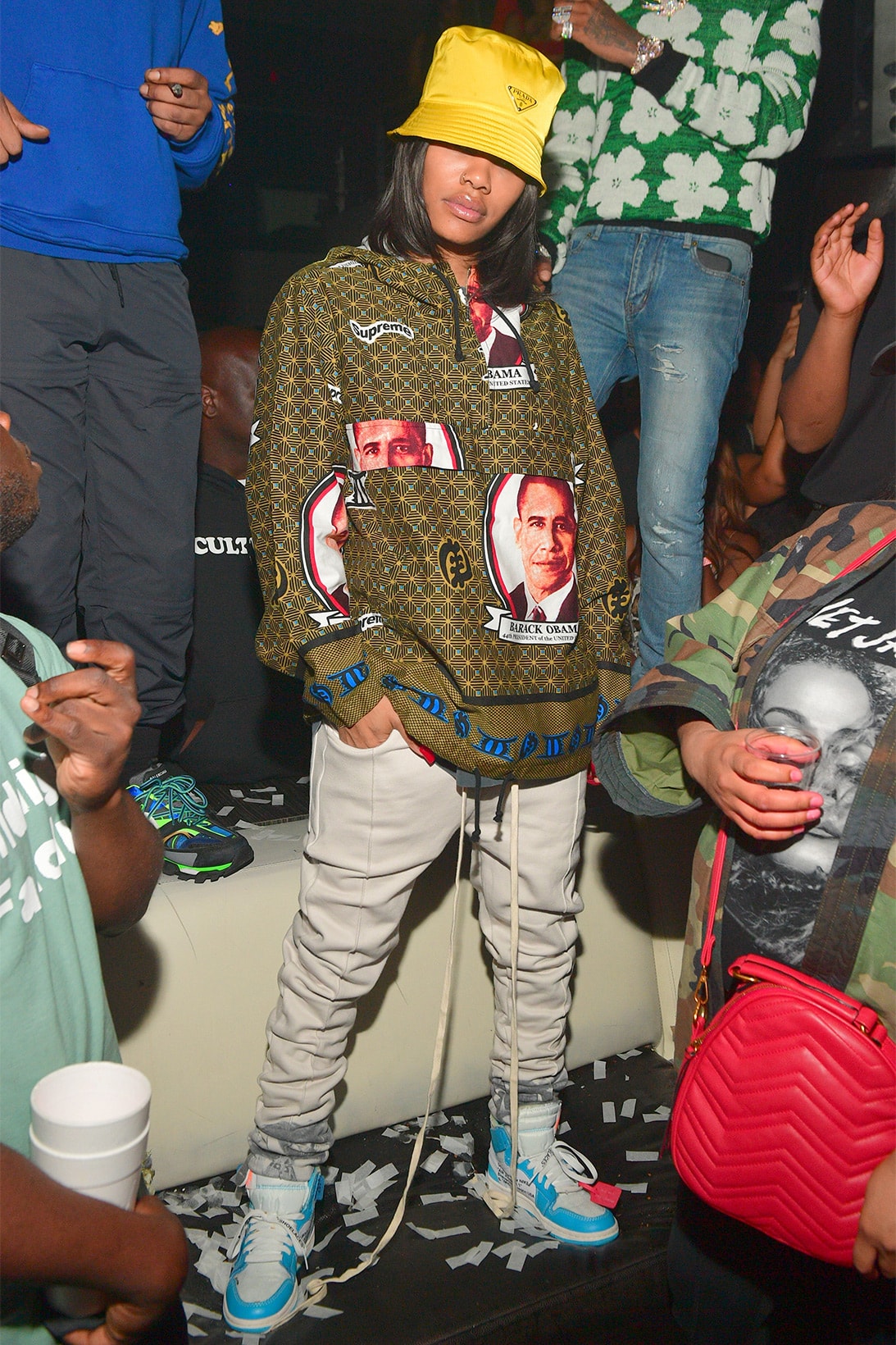 Teyana Taylor, 17, had the chance to perform in Jay-Z’s 2007 dance competition.‘s “Blue Magic” music video. The following year, Taylor dropped her own track, “Google Me,” which is found on her debut mixtape From a Planet Called Harlem. Other than having a passion for music, Taylor ventured into the fashion world by walking down the runway at Italian streetwear brand GCDS’Show during New York Fashion Week Spring/Summer 2018.

The devil wears Barbour — how the fashion set do country...

How to Style Boots in the Summer 2022