Growing up in Ghana, it’s impossible not to find yourself immersed in fashion. An endless stream of colours and fabrics is a constant presence; there’s a palpable affinity for design and style. Every day, on my way to primary school in Cape Coast, I’d walk through the city’s market, which was like wandering through the world’s most beautiful textile museum. There were shops and stalls, sure, but there were also living exhibits. There were the stylish women selling kaba, and the wide-eyed customers who perused the photo catalogues and prints for inspiration for what to wear to an upcoming event or Sunday church service. These memories are a lasting reminder of your senses.

We now value our local market, rather than copying the west.

After graduating from university in 2006 with a degree in statistics and economics, I returned to my university experiences in 2006, where I experimented with screen-printed T shirts before discovering embroidery. I left the United States to study fashion design almost a decade later. Unbeknown to me, I had enrolled in a fashion-merchandising programme, which would later lead to an MA in fashion design. Perhaps stimulated by my background in economics, I found the unintended pathway piqued my interest in fashion’s global supply chain. I realized quickly that I wanted to be a part of the rich tapestry African fashion and help the next generation of designers make an impact on their respective economies.

It is constantly changing how young people dress and design here. It’s part of a wider reimagining at the intersection of culture and history, which is seeing Africans questioning their identity. My full name is Kenneth Kweku Nimo. Ken is easy to pronounce for people not from my culture. If I had my way, I’d just be Kweku Nimo. Young Ghanaians are increasingly abandoning the Christian names that were forced upon them by colonial rule and adopting the traditional names of their communities and cultures. You can’t help but question what else was lost when Africa was subject to imperialism. That is why this new generation is also changing the way they think about what they wear, and how it’s made.

This intersection between identity, colonialism, and fashion in Africa has been around for a while. My hometown of Cape Coast was a major location in the transatlantic slavery trade. Colonialists didn’t just violently export African people, they brought with them clothes, textiles and luxury items. The effects of these imports can still be seen in the way we dress today. 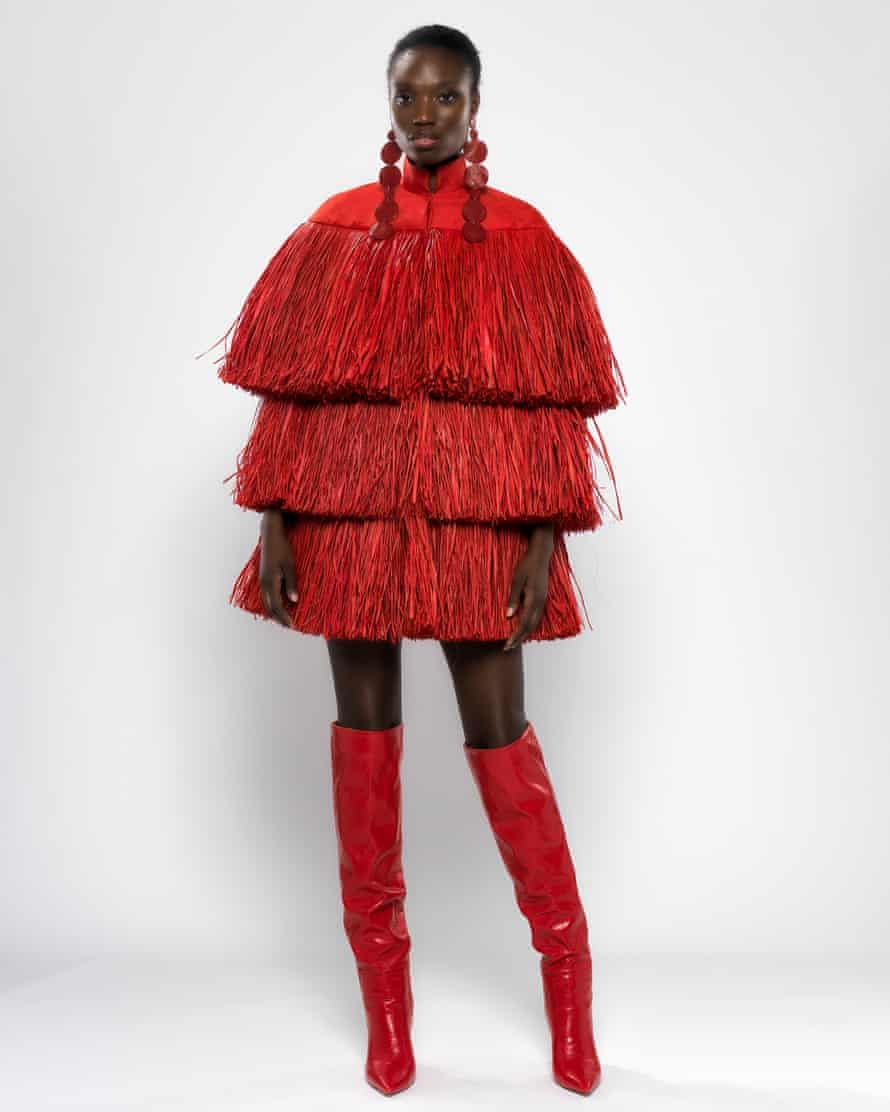 White European women welcomed missionaries to Africa, teaching them dressmaking and needlework. After the end of colonial rule, cultural activism was a key part of Africa’s rebuilding. Kwame Nkrumah (the first president of independent Ghana) announced the birth of an African, not in a suit like might have been expected but in a traditional smock, the fugu. Nkrumah’s ideology of freedom transcended being unshackled from colonial rule to encompass the reclamation of an African identity.

Nkrumah’s impeccable style and proficiency in the semiotics of fashion were unparalleled, as he aptly adopted indigenous clothing styles in a repertoire of diplomatic gestures. Nkrumah was seen wearing a kente cloth, a symbol of forgiveness, when he danced alongside Princess Marina, the Duchess from Kent, at the grand presidential balls. He also stimulated the fashion industry through import-substitution policies and sponsored Ghana’s first professionally trained designer, Chez Julie, to study in Paris. In the 1990s, he was a leading Ghanaian designer. Kofi AnsahThe globalization of modern African fashion was a key factor. Fashion was the catalyst for a new identity for a continent that had suffered from centuries of European acculturation. 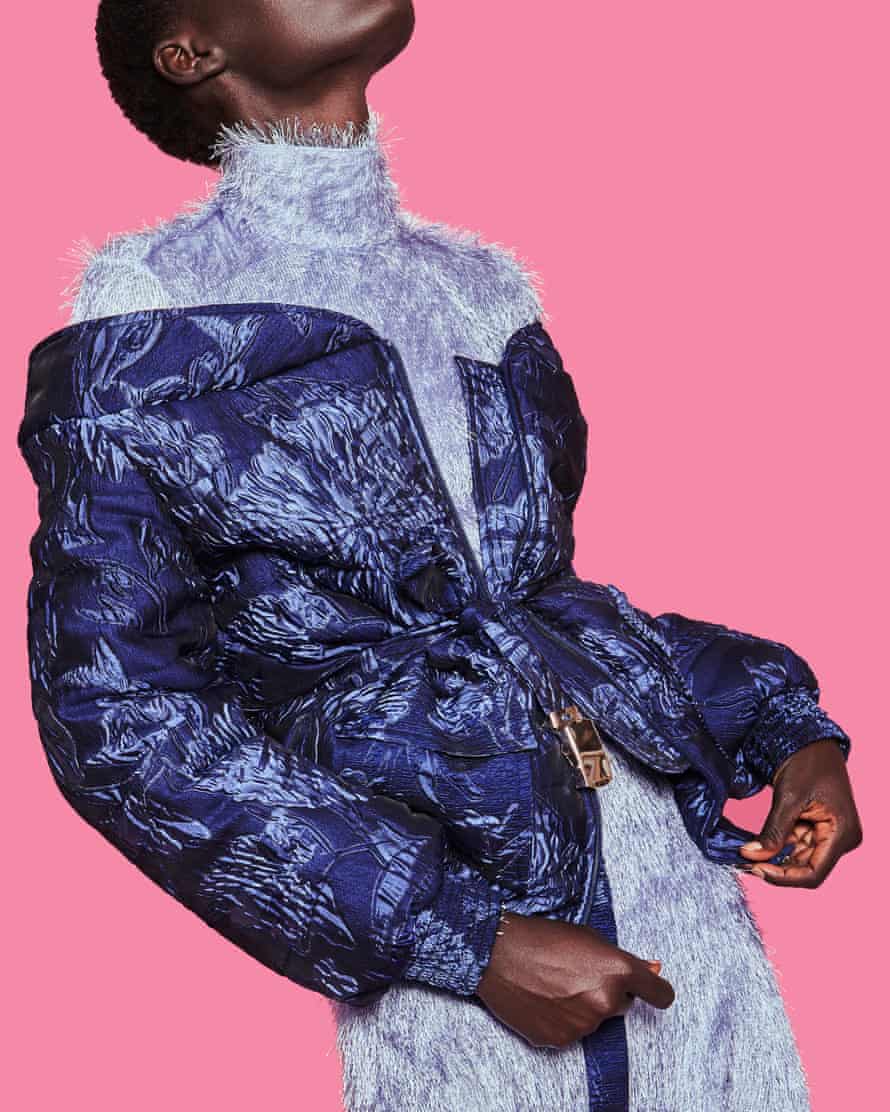 Today’s new cohort of designers is going a step further – not just questioning western dress forms, but searching for and breathing new life into lost aesthetics, craft and processes. This phenomenon is aided by pop culture and social media. Instagram accounts that feature restored photos of sitters from old films serve as inspiration for contemporary designers.

Africans were denied access to their own resources under colonial rule and limited in their ability to grow businesses. The importation of European textiles was favoured by the ruling class, which helped their national economies. However, this led to the systematic dismantling and replacement of existing infrastructure. Contemporary designers are challenging the odds to overcome the historical challenges that have plagued textile and apparel supply chains since colonization. They do so through innovation, research and a relentless pursuit for excellence.

The vanguard of contemporary African designers is moving away from the cliché of African prints to adopting and valorising indigenous textiles. Imitative prints from Europe began to appear in the late 18th century and quickly became popular. These imitation prints were not actually from Africa, but from places like Manchester and the Netherlands. Now, there’s a scepticism about these materials, with designers critical of their origins. These may have been the garments worn by their grandparents, but the new generation is looking back and choosing locally woven textiles to create their collections. And, rather than replicate what’s happening in the west, we value our own local market. We create for our local market and proudly export to a global audience. No longer are mood boards made up of images from London and Paris fashion week runways. Instead, inspiration and references are provided by African images, whether they are for couture or everyday wear. 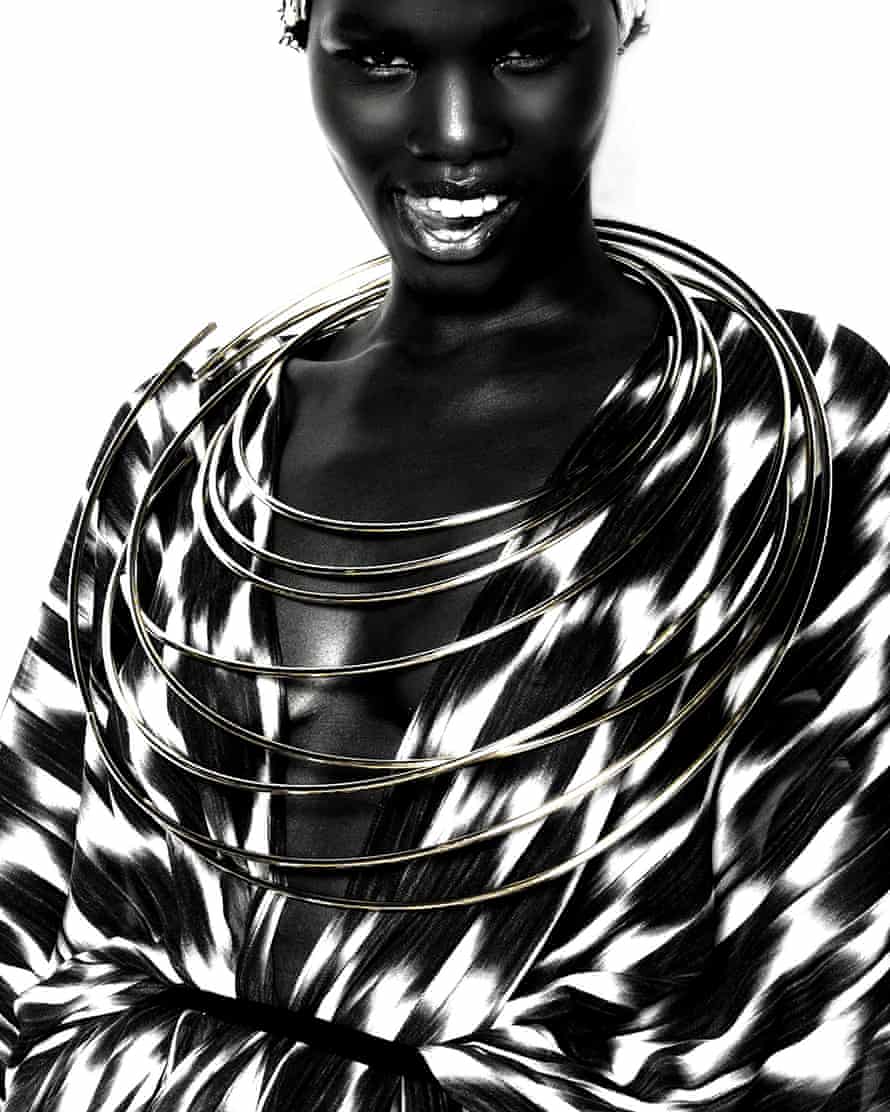 There’s Nigerian designer Tokyo James applies impeccable Savile Row tailoring to aso-oke fabric. Kente GentlemanIvory Coast produces exquisite modern suits made from hand-woven, kente cloth. Capetown-based Lukhanyo MdingiThe Karl Lagerfeld Award was won by a renowned designer from Cameroon, who champions the use of indigenous materials and fashion production. Cameroonian designer Imane AyissiHe is internationally renowned for his dexterity in textiles, such the akwete and faso-dan fani, while South African brand Maxhosa AfricaThis article explores the colorful beading, handpainting traditions of isiXhosa. Designers are working closely with producers across the continent to support historical processes and local industries. These designs are high-fashion and modern, but also show a deep respect for our cultural heritage.

As told by Michael Segalov

Africa in Fashion: Luxury and Craft by Ken Kweku Nimo was published by Quercus on 5 May at £30

‘Kimono Style’: A Beautiful Painting You Can Wear

Ariel Rose - June 26, 2022 0
Footwear News could earn an affiliate commission if a product or service is purchased through a link from our website. Anne Hathaway masters neutrals...