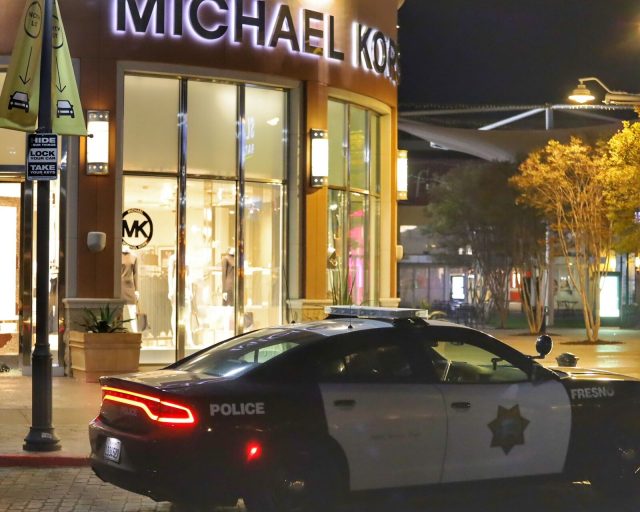 According to police, the burglary occurred at Michael Kors just before 4:30 AM.

Investigators believe the sedan, which was dark in color and had four people inside, stopped at the store. Two people then got out of the car, smashed the window and grabbed as many merchandise as they could before speeding away.

Although they have not yet determined the value of the stolen goods, they are asking anyone who witnessed the crime to call Valley Crime Stoppers at (498-STOP).

Fashion Fair is now more vulnerable to this latest crime. It comes after Fresno’s Mayor and Police Chief met with mall officials to discuss safety following the stabbing of two teens at the retail site during a fight back on March 12th.

Ariel Rose - August 1, 2022 0
You can hear her before you see; the sounds of Skinner & Baddiel echoes off the walls below Wembley stadium. Chloe Kelly then skips...

Harry Styles Let A Guy In The Audience Borrow His Microphone...