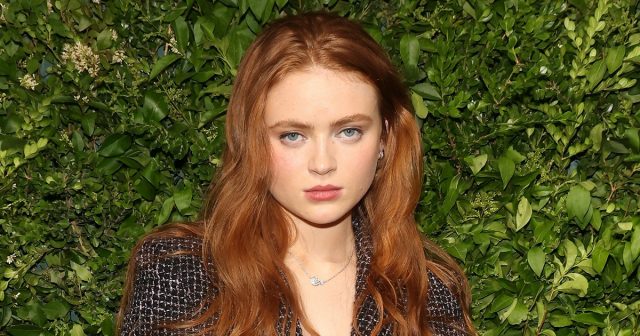 Sadie Sink is one of our favorite up-and-comers in Hollywood. You probably know her from her role on Stranger Things as Max (especially after her performance this past season) but Sink has been a star since she got her start on Broadway in 2012’s revival of Annie. Over the past few years, she’s dazzled us in The Glass Castle, Fear Street, and Taylor Swift’s “All Too Well” short film — all while maintaining a stellar sense of fashion.

Sink’s looks on the red carpet (and occasional fashion week appearance) have evolved alongside her growing career, from award-show glam to effortlessly laid -back ensembles. The on-the-rise “It” girl has worked with all the top designer brands, including Prada, Miu Miu, Kate Spade, and Chanel, and as one of Hollywood’s brightest young stars, we’re excited to see where she, and her fashion, go next.

See Sadie Sink’s style evolution on the red carpet over the years, ahead.

Coach Outlet Clearance Event: These Must-Have Bags Are All 70% Off!

Ariel Rose - July 11, 2022 0
We selected these products and deals because we love them. We think you might also like them at these price points. E! E! has...