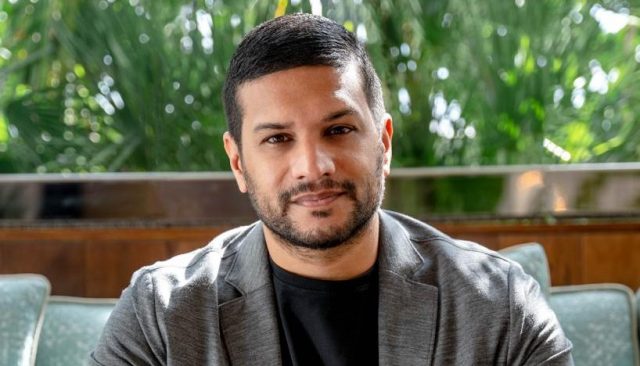 Dubai-based RIKAS Hospitality, the group behind some of UAE’s most iconic award-winning restaurants announced the signing of agreements to operate multiple restaurants in the Kingdom of Saudi Arabia.

La Cantine du Faubourg opened in 2015 and the group has continued to grow. They have also launched a number of bespoke concepts. With ambitious development plans, the group is well-positioned to be a leader in the UAE’s hospitality & dining scene.

Owned by Parisian entrepreneur Rizwan Kassim, RIKAS Group is the driving force behind some of the region’s most exceptional culinary projects. The collection includes La Cantine du Faubourg and Ninive, Mimi Kakushi and Twiggy by La Cantine.

“This move is in line with our aggressive growth strategy, and we are very excited to have found permeant homes for our award-winning concepts in the Kingdom. We have had a number of very successful popups in the past and the response has been overwhelming, so it is a natural progression, and we look forward to our much-awaited debut in the Saudi scene,” says Rizwan.

La Cantine du Faubourg was the iconic flagship brand of this group. It opened its doors more then a decade ago. It is located in downtown Dubai at Jumeirah Emirates Towers Hotel.

Ninive is one among the most picturesque Middle Eastern restaurants within Dubai. It is a melting pot of legends, history, and cultural fusions set in a lush garden with unique Arabian elegance. Ninive’s modern menu is inspired by the flavours of Morocco, Iraq, and Turkey with Arabic and North African influences.

Mimi Kakushi at the Four Season Hotel in Jumeriah, Dubai, transports guests to 1920s Japan when jazz was swinging into the 1920s Osaka, merging modern art and western fashion into Japan’s nightlife and street life. It reflects influences from the Far East and Southeast Asia. “Orient Nouveau,”A term that simply refers to “the new age for the oriental region”. Mimi Kakushi means ‘covering ears’ and describes a bob-style haircut from the 1920s, which “marked a turning point in what was considered chic.

Twiggy by La Cantine is nestled at the edge of the Park Hyatt Dubai Lagoon; this whimsical lifestyle destination is named after the ’60s icon and model. Twiggy is a beach restaurant and beach club with stunning views, delicious Mediterranean dishes and a distinctive chic vibe. The menu is a mix of Ibiza and Saint-Tropez and Cassis, Formentera via Okinawa and Formentera via Saint-Tropez. It also reflects the French influence of La Cantine du Faubourg.

Gohan is a Japanese speakeasy with a casual yet intimate dining experience. This venue celebrates the harmony of authentic and traditional Japanese dining rooms, elegant street food, and creative cocktails.

The group’s culinary brigade is headed by Michelin starred executive chef Gilles Bosquet. Bosquet is originally from Mauritius and trained under Gordon Ramsay as well as Lew Kathreptis.

The group has won international acclaim for its bespoke concepts and is dedicated to elevating the experience of hospitality across its portfolio.

Coach Outlet’s Cyber Monday Sale Includes Up To 60% Off So...

Ariel Rose - July 2, 2022 0
If you purchase anything we recommend in this article (selected by the Commerce team), Narcity may receive a small compensation. Prices and stock...

Back to School with Scottsdale Fashion Square