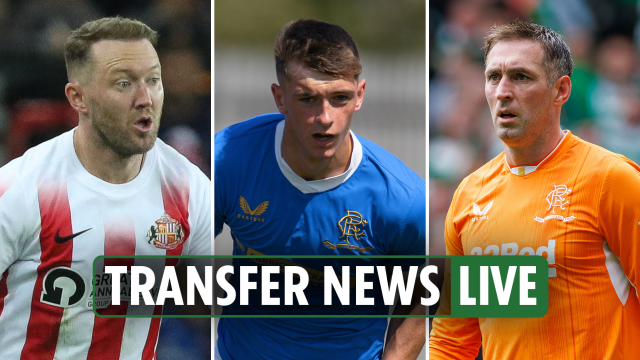 Rangers-linked Erik Botheim is a man of many talents – as he once released a music video with best friend and Man City’s new £50m star man Erling Haaland.

Their first song, Kygo Jo has received more than nine millions views since it was uploaded on YouTube in 2016, when the forwards had just turned 15 and 16.

The song is believed to be a nod at Norwegian DJ Kygo. It features a very random music videos with bad dance moves, dolls homes, slides, and other makeshift objects.

And despite just joining the ranks of Manchester City after a record breaking stint with Borussia Dortmund, Haaland still couldn’t escape his musical past.

In his first interview after signing for the Premier League champions, he explained: “We were with the national team at Under-16 or Under-17, and we were good friends, so obviously we were training but then for the rest of the day we didn’t have anything to do.

“We tried to do a lot of random stuff and then we came on this and thought, ‘Maybe we should make a music video, why not?’ Erik Tobias Sandberg was great at rhymes.

“Erik Botheim says he is good at rapping, so he was the rapping guy.

“And then I was the one who had the big verse.

“In the end it is a really nice song and it has had a lot of views.”

Rumours abound that Rangers would be interested in singing Erik Botheim after he left Russian side FC Krasnodor.

22-year-old frontman moved to the area in January, but decided to end his contract due to the invasion of Ukraine.

Five trends in men’s casual fashion for winter – The Upcoming