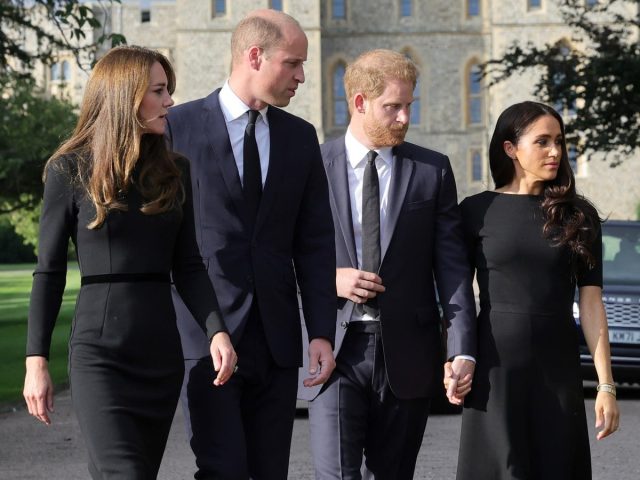 The Queen’s funeral will be held at 11am on Monday 19 September. Her Majesty, the Queen, died in her Balmoral estate in Scotland on Thursday 8 September. She was 96.

Following a 10-day mourning period, which has seen the Queen’s coffin travel from Aberdeenshire to Edinburgh, and finally to London, the funeral will take place at Westminster Abbey.

As a token of respect for Queen Elizabeth II, there will be an hour-long silence at noon Monday.

There has been speculation about the attire of royal family members ahead of the funeral.

It was revealed earlier this week that Prince Harry would not be allowed to wear his military uniform at the funeral as he is no longer a member of the royal family.

It has been reported that Prince Andrew will be allowed to wear his military outfit, even though he is no longer a member of the royal family.

For a period during royal mourning and all the events that accompany it, the royal family’s working members must wear military uniforms.

As is custom, other attendees will wear black, with royal women likely wearing black veils for the day of the funeral.

Why is Prince Harry not allowed in his military uniform while Prince Andrew is?

The Duke and Duchess of Sussex stepped down as senior working members of the royal family in 2020 when they moved their family to the US.

Prince Andrew was stripped of his military titles and royal patronages in January 2022 after he was accused of sexual assault by Virginia Giuffre, who was a victim of Jeffrey Epstein’s sex trafficking ring. These accusations were repeatedly denied by the Duke of York, who vehemently denied them. The case was settled out-of-court.

In May 2020, Prince Andrew was relieved of many of his public duties.

A statement released by Harry’s spokesperson on Tuesday night (13 September) said: “[Prince Harry] will wear a morning suit throughout events honouring his grandmother.

“His decade of military service is not determined by the uniform he wears and we respectfully ask that focus remain on the life and legacy of Her Majesty Queen Elizabeth II.”

Why do the royal family wear black during the mourning period?

Black is the traditional colour for mourning, and it was popularised by Queen Victoria who wore black for 40 years as a mark of respect to her husband Prince Albert, who died in 1861.

Members of the royal family traditionally wear black for the entire period of mourning, which King Charles III announced will extend to a week after the Queen’s funeral.

A statement from Buckingham Palace read: “It is His Majesty The King’s wish that a period of Royal Mourning be observed from now until seven days after The Queen’s Funeral.

The rule is so strictly enforced that members of the royal family must always travel with a black outfit in their suitcase.

This is so if a member of the royal family dies while they are abroad or away from home, they can change into black to mark the family member’s death.

Why do royal women wear black veil for funerals?

Women of the royal family, including non-working royals such as Meghan Markle, must wear a traditional black lace veil in some form.

Called “mourning veils”, the black lace veil is symbolic as it signifies the wearer is in mourning, but it also adds a practical element as it allows the wearer more privacy to grieve when they are wearing it.

Female members of the royal family wore the veils to Prince Philip’s funeral in April 2021, but opted for a more subtle version of the traditional long black tulle veil worn by royal family members in the early to mid-1900s.

Alaya F merges style and comfort as she steps out for...

Ariel Rose - July 15, 2022 0
Alaya F is the epitome style and comfort. The actor keeps slaying fashion goals on a daily basis – be it with her...