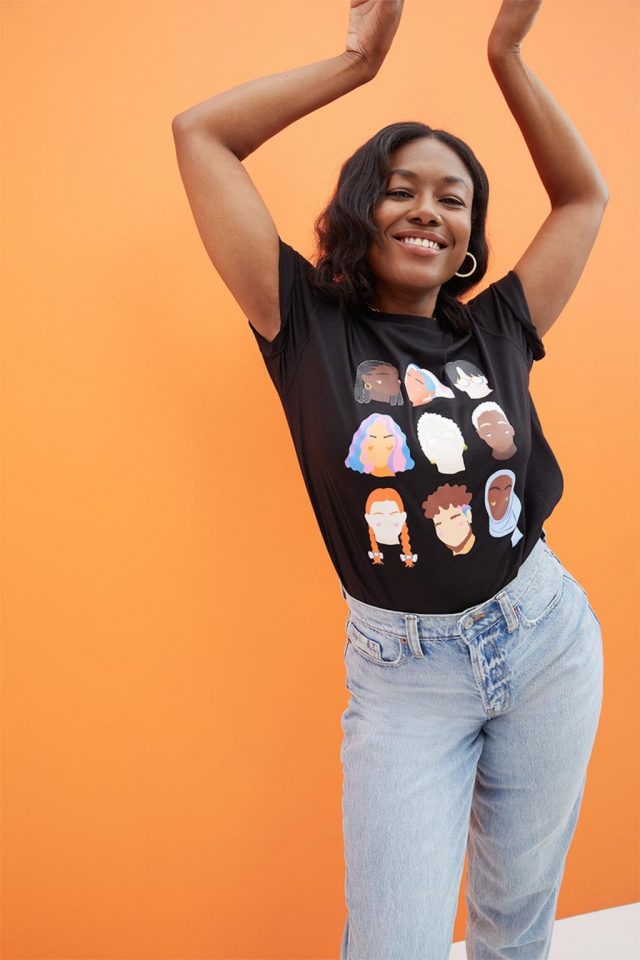 Old Navy is increasing its support for marginalized artists.

Gap Inc., a Gap Inc.-owned retailer, has teamed up with the Fifteen Percent Pledge. This is a two-year old racial equity/economic justice nonprofit that encourages corporations and retailers alike to pledge 15% of their purchasing power for Black-owned businesses. Old Navy will now be able expand its Project WE collection. This is an assortment of graphic T shirts made by guest artists and launched in January 2021 in order to make fashion more inclusive.

The resulting Project WE x Fifteen Percent Pledge collection is the first product collaboration for the Pledge despite its receiving prior commitments from businesses such as Nordstrom, Macy’s Inc., Sephora, Rent the Runway, West Elm and Vogue magazine.

The shirts will give artists a platform to grow their businesses, and expand their audience. To celebrate their launch Old Navy has donated $500,000 to its new affiliate’s Imagine Mission Fund that supports emerging Black creatives. Old Navy and Pledge will work together to select an ever-changing list of artists from historically marginalized communities for the collection, which will be published through 2023.

“Old Navy is proud to amplify and celebrate diverse voices through our Project WE initiative in support of creating a better future for future generations,”Sarah Holme is the Old Navy executive vice president for design and visual merchandising. “Through our collaboration with the Fifteen Percent Pledge team, we are thrilled to shine a light on the next generation of talented Black creators.”

“I know firsthand how artists and designers from marginalized groups have been historically excluded from opportunities to scale their businesses,”Aurora James, founder and leader of the Fifteen Percent Pledge, also added. “This project gives artists a chance to increase their visibility as business owners and social impact leaders. The partnership will also support the Pledge’s efforts to expand access and opportunity for Black creatives and take us another step closer to building a more equitable retail industry.”

The new Project WE series has already kicked off online and in-store with one tee each by Brazilian artist and illustrator Camila Rosa and Brooklyn-based artist Shanée Benjamin. The former’s design features two women surrounded by flames and flowers and honors Latinx Heritage Month (Sept. 15-Oct. 15) while Benjamin’s, showing a group of nine diverse faces, marks LGBQT History Month during October.

The next shirt in the series will be released in October and was created by Toronto-based artist Benny Bing. It features a portrait of four Black women, which Benny Bing has been close to, and celebrates Black womanhood as well as the beauty and resilience that Black culture.

The Pledge believes that the new partnership with Old Navy is a much needed one for artists of color because over 85 percent of the works in all major U.S. museums were made by white artists and that work by African American artists accounted for a mere 1.2 percent of the global auction market over the past 10 years.