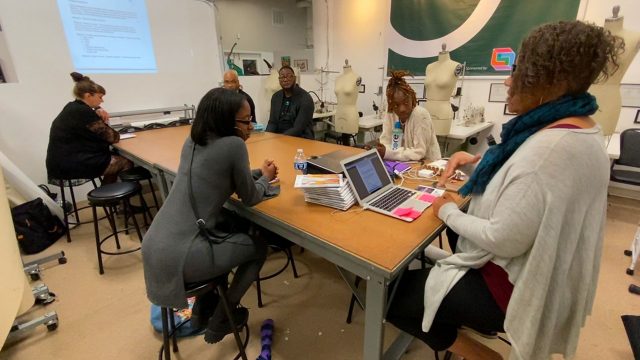 MILWAUKEE — On a Monday night, Lynne Dixon-Speller kicked off what was her third semester teaching at the Edessa School of Fashion in Milwaukee.

What you need to know

Before class started, she assisted one of her students with feathers on a cap.

Andre Purdy was that student. He’s one of the first ever students of the Edessa School of Fashion. Purdy started taking classes in January.

Andre Purdy and a model wearing one of his designs. (Courtesy Lynne D. Dixon-Speller).

“I’ve been born with a gift, and I’ve always known it, but I knew I needed to improve, and you need education,”Purdy said.

“She saw the work, and it went from there, so it was like it was meant to happen,”Purdy said.

Purdy is currently in his third semester at the Edessa School of Fashion. He said he’s learned a lot.

“I’ve learned textiles and fabrics, and different ways to shape it and manifest it into what I call it, what I call my own personal design,”Purdy said. “This is where the school has helped me to understand what direction to go and why I’m going in that direction.”

He stated that Dixon-Speller was a crucial part of his journey to becoming the designer he was meant to be.

Dixon-Speller has been teaching apparel design at Wisconsin’s Art Institute for over 35 years.

“When they decided to close, it was difficult to accept the fact that a corporate structure had made our fate inevitable,” Dixon-Speller said.

So she and other faculty decided to control their fate.

They founded the Edessa School of Fashion together, named after her grandmother who taught her how she sew.

Dixon-Speller’s grandmother graduated from Tuskegee University in 1920, a time when that seemed to be impossible for minorities and women.

“I wanted every little young person in America to see that even 100 years ago, the undoable was doable and that there was someone they could look up to,” Dixon-Speller said. “If it wasn’t their grandmother, they could come to Edessa School of Fashion and have her as their grandmother.” 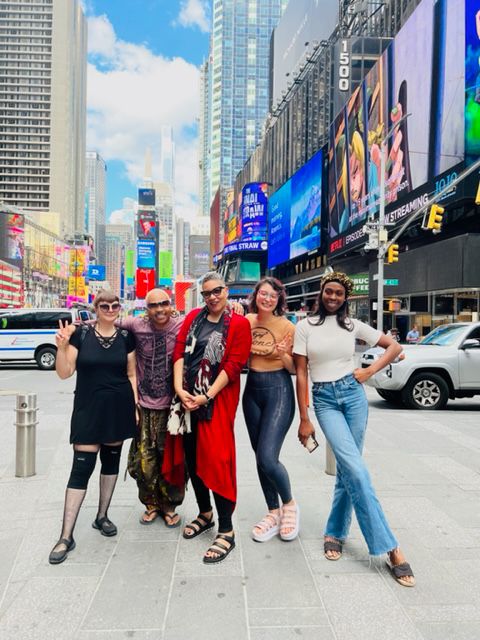 The Edessa School of Fashion was the first four-year college ever to be approved by Wisconsin’s Educational Approval Program.

“That became a major achievement that we hadn’t even started out to achieve,” Dixon-Speller said.

And in just three semesters, her students are achieving what she says many of them may have felt was impossible.

Many were invited to show their fashion designs on the runway. New York Fashion Week Black.

She shared that it is emotionally moving to think about how far the students have come, and how proud her grandmother would be if they were here today.

“I’ve shed a tear,” Dixon-Speller said. “It’s kind of like, it’s a leader moment when you didn’t actually lead. They led, and they got there, and they did it, and they survived it and they succeeded at it. When you can step back and watch what they can do, as opposed to trying to micromanage every second of it — that’s a rewarding feeling.”

Dixon-Speller says this is just the beginning.

Ariel Rose - July 10, 2022 0
The European label industry association FINAT has announced the 2022 FINAT-Label Competition winners. The awards ceremony was held on June 1 on the...

The Best Prada Loafer Lookalikes From the High Street