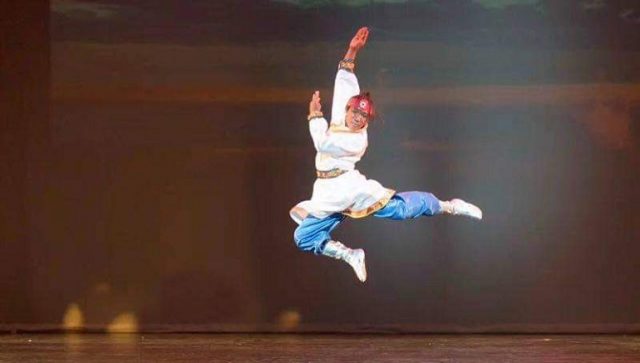 A student-led fundraiser at Wayne State University will feature music, fashion, food, and fun. It will raise funds for 482Forward, which is a local organization that advocates for education justice for the diverse youth in Detroit.

The WSU School of Medicine’s World Health Student Organization will host its first Multicultural Fundraiser at 6 p.m. Oct. 10 in the Student Center Ballroom. The event will showcase many cultures through a fashion show, live performance and more.

Mariam Samir is a first-year medical student and is the WHSO Treasurer. She hopes to make it an annual event.

“We are hoping to raise awareness of the problems many Detroit youth face, a part of which stems from a lack of understanding and appreciation of the different cultures present. People fear what they do not know,” Samir said. “By providing a platform for people to represent their culture, we are hoping to improve cultural appreciation and increase curiosity and open-mindedness. Furthermore, we are aiming to raise money to assist 482Forward in its goals of campaigning for education justice.”

“When we began looking for a charity, we wanted to choose something that people of various cultures can relate to, so we focused our attention locally,” Samira said. “Detroit is known for its vast diversity, and the residents of Detroit face many systemic issues. 482Forward uses its campaigns to make change at that level. One of their campaigns, for example, was changing legislation to put more funds toward mental health in schools. Besides mental health, they also focus on trauma, social determinants of health and adverse childhood experiences, trauma-informed care, immigration justice in schools and language in schools.”

The event is free and open to all. It will feature remarks from Dean Wael Sakr of School of Medicine, M.D., and a 50-50. Raffle, raffles for henna tattoos done by local artists, and Middle Eastern-inspired cuisine.

Ariel Rose - October 30, 2022 0
The theme for theGrio Style Guide this week is “teamwork makes the dream work,” due to the announcement of several noteworthy collaborations between...

POLITICO Playbook PM: The poll that stirred the pot