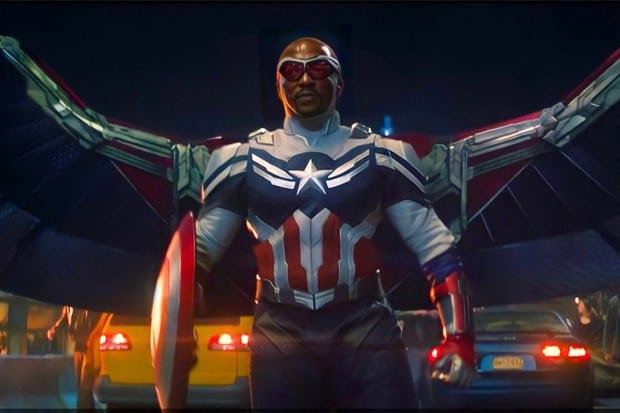 Wyatt Russel shares how he doesn’t think he will be in the new Thunderboltsrumored to be one the main characters in the movie.

After seeing Russel play John Walker/US Agent in Falcon and the Winter SoldierFans knew that the character would return to the MCU at some point. Fans loved his portrayal as Captain America who failed and led them to believe that the US Agent would be part of the Thunderbolts.

Fans now know that the Thunderbolts is actually happening, but Wyatt Russel doesn’t think he will be in the movie. In a recent interview, the actor admitted that Marvel hasn’t reached out to him, but that doesn’t mean he isn’t open to playing the role again.

“No, I really didn’t know… You know the idea. Right? I’m not a moron. I mean, I know what they’re thinking of, but you don’t know… when they’re going to do it, if they’re going to do it, what’s going to happen… Like, how long has it been since I shot that… show… You know, that was 2019 we started shooting, so that’s like three years ago that I played this character. It came out a year later or whatever, but it’s a long time. You kind of almost are like, ‘Out of sight, out of mind,’ in a weird way. You know, you’re doing other things and… living your life, and so it’s like, ‘Oh, what, who… what’s the character again? Like, I don’t even know how to do it again.’”

The actor says that he hopes Marvel tells Marvel sooner rather than later, so he can get in shape for the role.

“‘Cause once I do something, you just throw it away and never really think about it again, so… When you get a phone call, you get the phone call. And they do a really good job of keeping it from everybody because, you know, they’ve got something to protect and I always say like, ’I’d just rather not know. Just don’t tell me. I don’t need to know. Just tell me when you want me to show up. Other than that, just keep me in the dark. I don’t care. And if you do tell me, tell me in enough time where I can get to the gym because right now, I don’t look like John Walker, I look like Dan Lafferty.’”

Russel also explained that Marvel’s secrecy could be why he hasn’t learned anything about the Thunderbolts project or known if he will be involved in it:

“No, I’m just waiting on it. You wait on it until, like, they announce it. They keep it really, really tight, and it’s like, you respect that because they’ve got other bottom lines to look out for than what they think I need to know.”

For the moment, Russel doesn’t know if he will be in the movie, but it feels like the actor must be involved in the movie. Fans are wondering how Marvel will handle the Thunderbolts movie, despite not including Thunderbolt Ross/Red Hulk.

Phase Four has begun with plenty of content for Marvel fans to look out forward to in the Marvel Cinematic Universe. On Disney+  you can watch Moon Knight, Ms. MarvelOn June 8, She-Hulk August 17, Movies Doctor Strange in the Multiverse of MadnessThe film is currently playing in theaters. Thor: Love and ThunderOn July 8, and, of course, on July 8. Wakanda for Ever: Black PantherNovember 11.

Ariel Rose - July 8, 2022 0
Despite Amazon’s penchant to push deals on its own electronic devices throughout Prime Day, fashion is expected to outpace the rest of the...