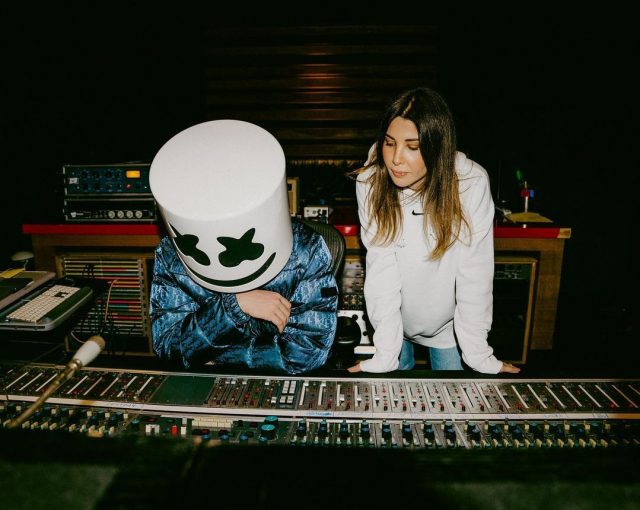 DUBAI: Nearly ten years ago, Ali El-Arabi, an Egyptian documentarian, was born. “Captains of Zaatari,”The movie, which is due to hit Netflix in October, makes a promise. He was at the Zaatari refugee camp, which is the largest temporary settlement of displaced Syrians anywhere in the world. Fawzi Qatleesh, a teenager he just met, asked him if he would tell the camera his truth.

“On the first day I arrived, he asked me, ‘Ali, can you film me? I want to say something to the people outside of this camp.’ The second he started to talk, I said to myself, ‘This boy is my hero,’” El-Arabi tells Arab News.

Qatleesh had dreams. He wanted to be a professional footballer. But he wanted people outside of those fences to be able to see the truth about the refugee experience. He didn’t want pity, he told El-Arabi, he only wanted opportunity.

El-Arabi is thrilled that the film will be available on Netflix in the Middle East this month. El-Arabi is finally fulfilled after seven years of filming, and a long, global festival tour.

“I lost a lot of money, to be honest, because I refused to sell the film to a smaller platform that might limit its reach. That was for Fawzi — because of that promise I made him on the first day. I told him to say what was in his heart, and I would tell everyone in the world his story. That has been my mission ever since,” says El-Arabi.

El-Arabi was a person who knew what it was like for people to hear a message. He was himself once an athlete, a dedicated and successful martial artist, even winning Egypt’s national kickboxing championship. El-Arabi, however, abandoned any future in sport during the Egyptian revolution and turned to filmmaking.

“I started to feel I had something to say, but I couldn’t say it with my voice,”He said. “I realized filmmaking was the way I could say it. I started making small documentaries about what was happening and screening them in the street. One day, the police came and I took my film and I ran. That made me realize the power of what I could say with a camera.”

El-Arabi fled Egypt to partner with ZDF TV to film documentaries in war zones like Iraq, Syria Kurdistan, Kurdistan, Afghanistan. The horrors of war made it impossible to report on, and often took away the humanity from those who were affected.

“Refugees and the victims in the war were all just numbers. It was the news, and the news just wanted statistics,” El-Arabi says. “I couldn’t process it that way. These were people, and I knew there was more going on than the news could report.”

After meeting Qatleesh and his friend Mahmoud Dagher — the two boys he would ultimately follow from the refugee camp in Jordan all the way to an elite soccer program in the Gulf — El-Arabi filmed them for seven years before whittling their story down to a scant 75 minutes, resulting in a story that showed their incredible journey while also refusing to gloss over the realities of refugee life.

Nonetheless, the film is bursting with hope, and El-Arabi’s proudest moments have come showing the film not to the outside world, as he originally intended, but to those in similar circumstances to Dagher and Qatleesh when he first found them.

“We screened it at a refugee camp in Lebanon, and person after person came up to me to tell me that, for the first time, they could think about the future. They said the film showed them that they could not only have dreams, they could achieve them. I will never forget that,” El-Arabi says.

The film, which was released in 2021 for a limited time, has already made a significant impact on the lives and careers of both the young men who are the subject of its story.

“They’re stars now. They feel it. Even some football clubs have watched the film and want to give them opportunities,” El-Arabi says. “The government of Jordan and the leaders in the camps respect them. Children in the camps are looking to them as role models. I speak to them all the time, and it’s wonderful to watch, even though they also feel the pressure from their families that they need to start delivering on their promise as soon as possible, and transforming their situation too.”

While he may be done telling their story, El-Arabi has been hard at work over the last few years on another — “Ashish’s Journey” — about the upcoming FIFA World Cup. It was inspired in part by a man he met in Qatar while filming. “Captains of Zaatari.”

“An Indian man came to me one day and asked if he could take a picture with me. He thought I was a soccer player, and he told me he wanted to send the picture back to his family,” El-Arabi explains. “He told me, ‘I came here to watch the World Cup. But I didn’t have money to come, so I came here to work now, so that I could meet the famous players one day. I thought you were one of them.’”

El-Arabi spent more time with Ashish the more he was intrigued by his innocent ambitions. He decided to film Ashish in Qatar and to follow Ashish and his family back home to India. He even added fictional elements (with Ashish as himself) to the classic French satirical novella “Candide”To the docu-film.

While El-Arabi knows that he will finish filming later this year at the World Cup, chronicling Ashish’s adventures during the games, he does not plan to rush the film out in the immediate aftermath of the event.

“I want to savor the material. I don’t want to rush it for a big festival. I love working on this film. I don’t want to kill the process — kill everything I’ve put into this — just to have something done fast,”He said.

El-Arabi is also working on other projects. He’s currently producing a film about Algeria and discussing producing an upcoming project with his best friend Mohamed Diab, the director of Marvel’s “Moon Knight.”The fiction film he is currently working on between Los Angeles, Egypt and Egypt is what he holds dearest. It is inspired by both his boxing history and his relationship to his father.

“We’re talking to major international stars (about) it,”He said. “It’s a story that takes a lot from my own experiences with my family, and nearly every time I pitch it to people they cry. One person I work closely with, as soon as I finished, said they had to leave room to call their father.”

While telling Arab stories will remain a key part of El-Arabi’s career moving forward, ultimately what drives him is not capturing his identity — it’s capturing his soul.

“I will tell Arab stories, but I don’t think a lot about telling stories about the Arab world,”He said. “I think about humans. That’s all I’m interested in.”

Ariel Rose - July 29, 2022 0
The Pucci Experience While practically synonymous with beach holidays, Emilio Pucci has roots in the mountains, too — a fact the Florentine house...

Huge 80s Party at Friday After 5 in Downtown Owensboro

Online Outlet Stores That Can Score You Unbelievably Cheap Deals –...