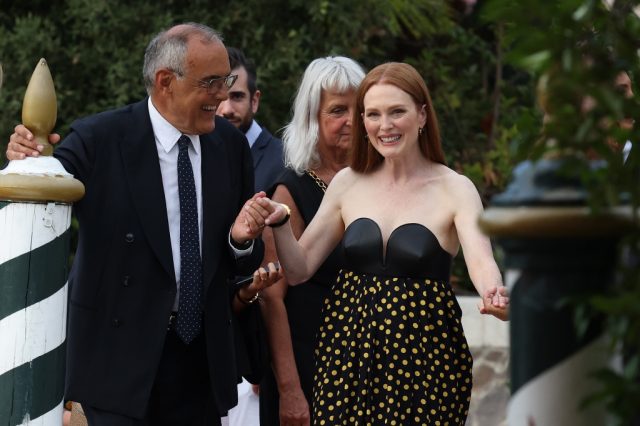 The Oscar-winning actress attended the inaugural cocktail party for the 79th edition of the annual film festival Tuesday night wearing a silk dress featuring a heart-shaped bustier top and a black and yellow polka dot skirt from Alaïa.

While the film festival hasn’t officially started, Moore has already made an impression for her style. Moore arrived in Venice wearing a dark-blue double-breasted jacket over a white shirt, paired with denim jeans, and a Gucci Love Parade canvas duffel bag.