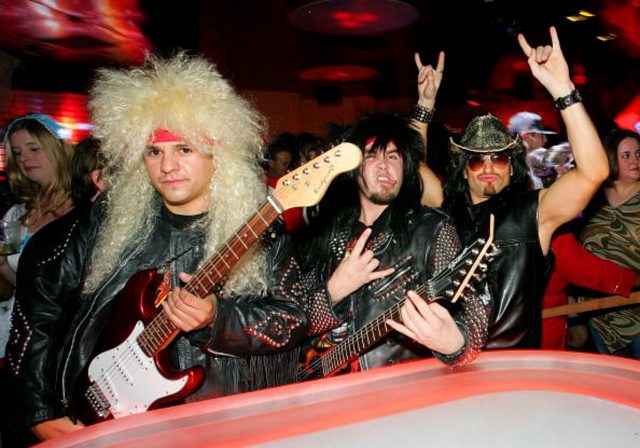 Friday After 5’s 26th season is over. Downtown Owensboro will be closing the night with an 80s party featuring some of the most iconic bands from each decade. The Motels will headline the event!

The Motels will be headliner at this week’s season end on the Jagoe Homes Riverfront Stage.  They’ll be joined on stage by other 80s-inspired bands.

And When In Rome are the band behind one the most memorable songs of the decade. Their 1988 hit “The Promise”peaked at #1.  I. FREAKING. LOVE. THAT. SONG.

There will also be a special guest. Adam Gaynor, formerly of Matchbox 20, will perform as BAXLEY.  Fran Marseille from Friday after 5 told me that it is possible if the crowd can chant. “3AM”Adam will be performing the Matchbox 20 classic, in addition to his brand new music.

From 8:30pm to 11:30pm, the Oklahoma Hunnies will be performing on Ruoff Party Stage These teens from Whitesville, Kentucky are amazing and will have a great time on the Pier behind Owensboro Convention Center.

These Trendy Clothes Are So Comfortable, Amazon Can Barely Keep Them...

John Fetterman returns to campaign trail after suffering stroke in May