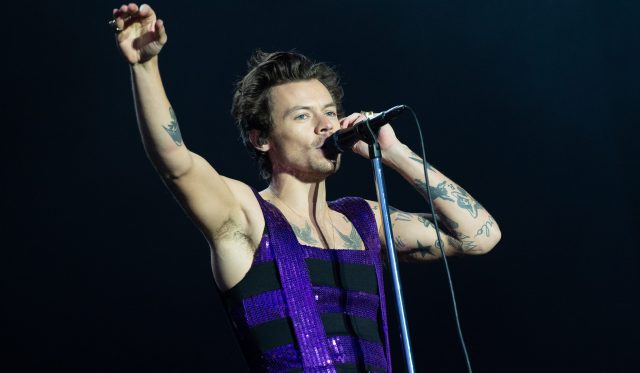 Harry Styles really doesn’t leave room for fans to recover. After dropping his new video for “Sexy”, Styles is back in full force. Late-Night Talking, the singer has gone ahead and revealed his latest Pleasing campaign – the third micro-launch from Styles’ burgeoning beauty brand.

Hot Holiday is the new drop. It features all-new nail colours and skincare. Watermelon Sugar vibes. It’s full of bright, punchy colours, diverse models of all backgrounds and ages, and a whole lot of seaside fun.

Styles has also added a soothing face mist,The Pleasing Spritz Probiotic Soothing Tonic, to the mix which refreshes the skin while on the go – consider it a beach-bag essential.

Then there’s the Everybody Oil Matte Moisture Glow, a nourishing body oil that provides glow without the greasy feel or finish – which is definitely ideal during steamy summer days.

The Hot Holiday collection officially drops on the Pleasing website from July 19, but it’s hardly the last launch we’ll see from Styles in the coming months. He’s set to debut his first collection with Gucci in October, titled HA HA HA.

“He has an incredible sense of fashion. He is obsessed with clothes,” Gucci creative director Alessandro Michele said Styles. “He keeps sketches and an archive. He could easily be a designer or stylist and is free-spirited, which is representative of this new generation’s interest in so many things.

“I have been observing his ability to combine items of clothing in a way that is out of the ordinary compared to the required standards of taste and common sense and the homogenisation of appearance.”

Too much Harry is never enough.