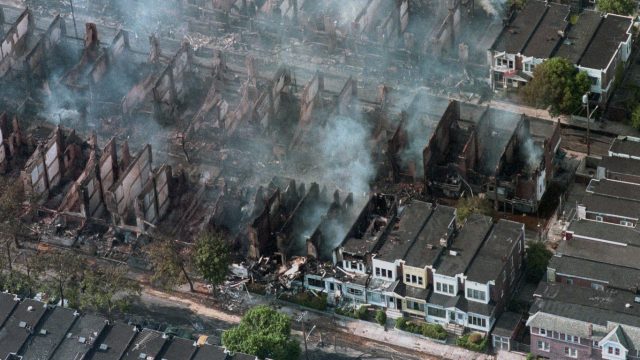 Janet Monge, ex-curator-in-charge of the Penn Museum, is suing University of Pennsylvania, various media outlets and the Association of Black Anthropologists. “false”And “defamatory”Reports of her alleged mishandling remains of 1985 MOVE bombing victim.

Driving the news:Monge, an Anthropologist, filed the lawsuit against more than 30 defendants on Friday, including the Philadelphia Inquirer, and Billy Penn.

Get on top of things fast In 1985, the city of Philadelphia bombed a West Philadelphia house on Osage Avenue. This was where members of MOVE, a Black liberation organization, lived. Six adults and five kids were killed.

Between the lines: A Tucker Law group reportWe examined Penn’s 1985 bombing remains and how they were taken into Penn’s custody. They were then used in an online course in 2019.

What she’s saying is:Monge claims that she spent 36 years trying identify bone fragments from the remains.

The answer: Mitchell stated this in a statement to Axios. “claims, including those about me, which form the basis of Dr. Monge’s complaint are substantially and demonstrably false.”

Met Gala 2022: What Harry Styles could end up wearing