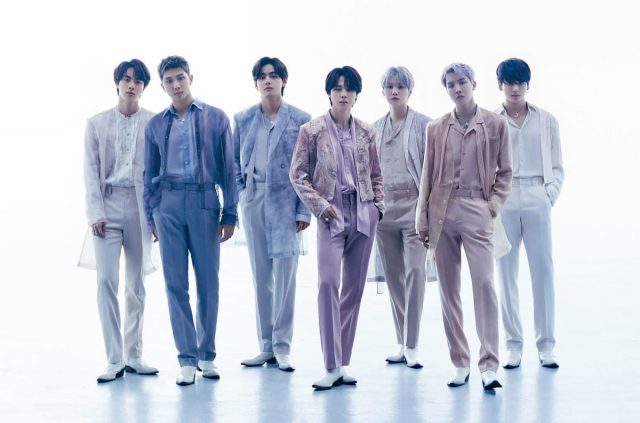 BTS‘ “Yet to Come” soars in at No. 1 on the Billboard Global Excl. U.S. chart, becoming the group’The record-breaking sixth leader on this list. It’s from the South Korean superstars’ new album Do you have proof?Which? premieres at No. 1Billboard 200 is based in the United States.

Meanwhile, Harry Styles‘ “As It Was” rebounds for a 10th week at No. 1 on the Billboard Global 200 chart.

Plus, BTS’ “Run BTS,”Also available at Do you have proof?, and Joji’s “Glimpse of Us”Open in the Global Excl. U.S. top 10 Elsewhere in the Global 200’s top 10, “Yet to Come”debuts at No. 2 and Joji’s ballad and Bad Bunny’s “Efecto”They are also brand new to the tier.

These two charts were created in September 2020 and rank songs based upon streaming and sales activity culled form more than 200 countries around the globe, as compiled from Luminate. The Billboard Global 200 includes data from all countries and the Billboard Global Excludes. The U.S. Chart includes data from territories that are not the United States.

Chart ranks are based on a weighted formula incorporating official-only streams on both subscription and ad-supported tiers of audio and video music services, as well as download sales, the latter of which reflect purchases from full-service digital music retailers from around the world, with sales from direct-to-consumer (D2C) sites excluded from the charts’ calculations.

The song is the group’s record-padding sixth Global Excl. U.S. No. 1 since the chart was created. Here’s a recap:

BTS (which is a self-described solitary tour) also goes on. “hiatus”) banks its record-extending 17th week atop Global Excl. U.S.

Harry Styles’ “As It Was”Drops to No. Global Excl. 2 U.S. after a record ten weeks at No. 1; Kate Bush’s 1985 classic “Running Up That Hill,” renewed via its sync in Netflix’s Stranger ThingsIts No. 2 high to No. 3; Bad Bunny and Chencho Corleone’s “Me Porto Bonito”After reaching No. 2; and Bad Bunny’s own “Tití Me Preguntó”Holds at No. 5 after hitting No. 4.

Plus, Joji’s “Glimpse of Us”Debuts at No. Global Excl. U.S. (33.9 Million streams, 1,000 sold). The ballad marks the first appearance on the chart for the Japanese-born singer-songwriter, who originally broke through as a comedian/personality on YouTube (helping build buzz for Baauer’s 2013 viral smash, and a five-week No. 1. on the U.S.-based Billboard Hot 100. “Harlem Shake”).

Harry Styles’ “As It Was”Returns for a 10th week at No. It is ranked No. 1 on the Billboard Global 200. It’s just the second song to reign for double-digit weeks so far, after The Kid LAROI and Justin Bieber’s “Stay”Starting in August, he was dominant for 11 frames.

BTS’ “Yet to Come”Debuts at No. 2 on the Global 200, becoming the act’s ninth top 10; Kate Bush’s “Running Up That Hill (A Deal With God)”To No. 3 a week later surging to No. 1; and Bad Bunny boasts that the next two songs are on the chart. “Me Porto Bonito,”After hitting No. 2 and his unaccompanied “Tití Me Preguntó”Drops to No. 5 from its No. 4 best.

Luminate, an independent data provider for the Billboardcharts, compiles an exhaustive and thorough examination of all data submitted for weekly chart rankings. Luminate reviews data and authenticates it using established criteria. In partnership with BillboardData that is deemed to be suspicious or unverifiable will be disqualified before final calculations can take place.