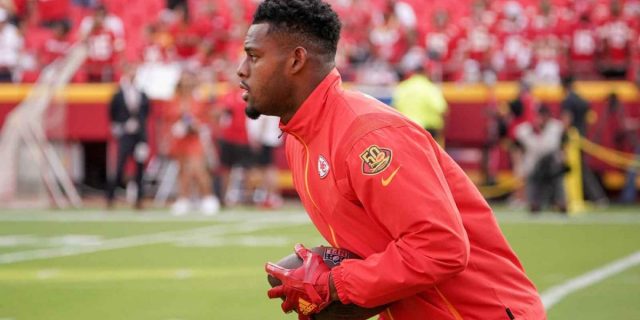 The NFL season is officially underway, and stadium entrances continue their performance.

Players continued to show off their looks in Week 3. Some players even wore customized gear to make a fashion statement.

Here’s a look at the runway from Week 3.

In Tampa Bay’s first home game of the season, Brady wore a t-shirt featuring an old yearbook photo, along with the words “Greatness Lasts Forever.”

The Buccaneers receiving unit decided to be a little more casual, sporting t-shirts with the following text “Mike Evans,” in honor of their teammate who sat out Sunday’s game due to a one-game suspension following a brush up with Marshon Lattimore during Tampa Bay’s Week 2 win over the New Orleans Saints.

Carson Wentz vs Philadelphia Eagles was one of the most talked about matches of the weekend. He wore a questionable combination: a patterned shirt underneath a salmon jacket.

Justin Tucker, Ravens kicker and Calais Campbell were memorable, despite wearing relatively average streetwear. The 6-foot-1 Tucker was smaller than Campbell, who is listed at 6-foot-8.

Jakob Johnson, Raiders fullback, wore bright orange button-up in support of the Tennessee Volunteers. This comes on the heels of an upset victory over Florida. Davante Adams, his teammate, was seen wearing a Seattle Mariners hat in the final stretch of MLB season.

ESMOD, The Oldest Fashion School In The World, Is Offering A...

Old Navy Expands Project WE Series in Partnership with the Non-profit...

Harry Styles’ ‘Sign Of The Times’ Got A String Arrangement In...