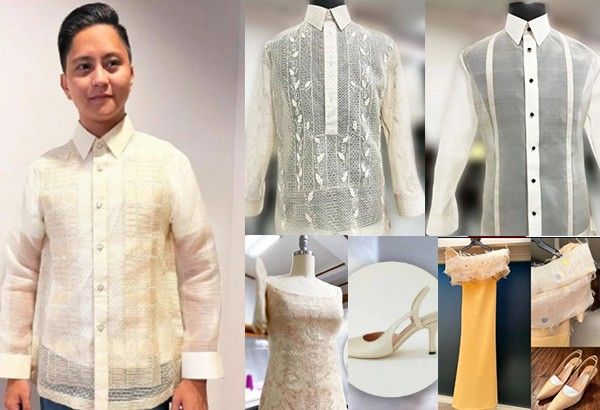 MANILA, Philippines — With the return of the Marcoses in power comes of course, the homecoming of their flair for fashion, as initiated by their matriarch, former First Lady Imelda Marcos.

Today’s Inauguration of Ferdinand “Bongbong” Marcos Jr. as the country’s 17th president, the Marcos family indeed prepared for their Malacañang comeback in style.

According to the official press statement from Marcos Jr.’s office, for morning activities today, the new president will wear a modern Barong inspired by the Rayadillo, the traditional military uniform in the Spanish era.

Multi-awarded designer Pepito Albert designed both the Rayadillo Barong as well as a fully-embroidered Barong from Taal that Marcos will wear for the evening’s activities. Besides those for Marcos Jr., Albert also designed Barongs for the president’s three sons, his mother and former First Lady Imelda, and his sister Irene Marcos-Araneta.

On the other hand, the Terno to be worn by Marcos’ wife Liza was designed by United Kingdom-based Filipino designer Lesley Mobo. It was made from a vintage piña fabric.

The shoes are the most important part of a Marcos outfit. The official statement said the President and First Lady will further showcase the country’s talents by using Philippine-made footwear.

How David Jones is targeting 582m Chinese customers via WeChat