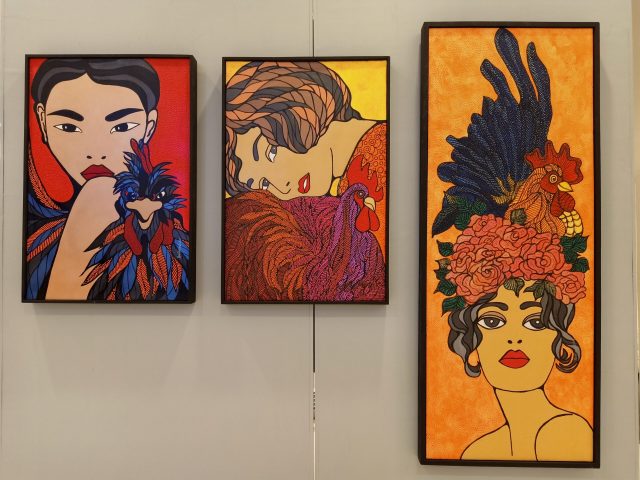 The Ortigas Art Festival (OAF), now in its fifth year, focuses on artist-led galleries and goes beyond visual arts. The festival will run until August 7 at Estancia malls, Pasig City.

The Ortigas Arts Festival was established in 2018 with the aim of making art more accessible to all. It featured over 60 Filipino artists in its inaugural run. Since then, more than 200 artists — including international artists from Southeast Asia, America, and Europe — have participated. Despite the restrictions caused by the ongoing coronavirus epidemic, the OAF held both physical activities and online activities in its 2020-2021 editions.

“This year’s festival paints a broader stroke of Philippine art where we encompass more art forms, from visual art, film, dance, and even pottery,”Renato, OAF head curator and artist “Mang Ato”R. Habulan made the statement. “We want to show the diversity of talents across many disciplines Filipino artists have and we are honored to present all of those through this year’s exhibit and festivities.”

“We believe that art has the power to connect people and uplift their spirits especially at trying times,”Renee Bacani was the Vice-President at Ortigas Malls. “We’ve proven that when we ran the festival during the two years under a pandemic. Now that we’re slowly recovering and embracing the new normal, we believe that there is no better time to show that Philippine art is alive and well and is for everyone to enjoy.”

EXHIBITIONS AND COMPETITIONS ARE AVAILABLE.
This year’s festival includes workshops and exhibitions in painting, sculpture, photography, and fashion, a film competition, and musical performances.

For this year’s roster of exhibitors, Mr. Habulan proposed to showcase artist-run spaces.

“In making a festival that is centered on artist-run spaces, we support the artist initiatives, and in the process, we also support artists,”BusinessWorld was contacted by Mr. Habulan shortly after the launch of July 7.

Mr. Habulan — who is the founder of gallery Agos Studios which is participating in the festival — said, “In artist-run spaces, what is important to us is that the art is good and relevant, and should reflect the condition of our time.”

Meanwhile, the Fashion Designers Association of the Philippines has mounted designs at the mall’s exhibition spaces. The National Artist for Music Ramon Santos has also created a special exhibit about folk music.

There are three workshops: Design-It-Yourself 3D Art, Sketching from Life and Paper Sculpture on July 23 and 30. Oil Pastel Drawing for Beginners on July 31.

Film and photography enthusiasts will find the Film Development Council of the Philippines, Born in Film and the film organization Born in Film hosting late-night screenings of restored Philippine films as well as films by National Artists.

During the festival, FDCP will also host its second Vertical Film Contest. All genres are welcome to submit films that fit the theme. “Kamusta Ka?”(How are you? They should be shot on a smartphone at a ratio of 9 to 16. The film should not run more than 2 minutes. They can be in English and Filipino. Subtitles are required for any other languages. The deadline to submit entries is July 31st. Ten Finalists are selected with the Top Three receiving P15,000 (first Prize); P10,000 for second prize; and P5,000 for third. The Top 7 will each receive P2,000. Visit competition mechanics. www.facebook.com/ortigasartfestival/photos/1008100676550288.

First-Day Fits: Students Show Off Their Back to School Fashion