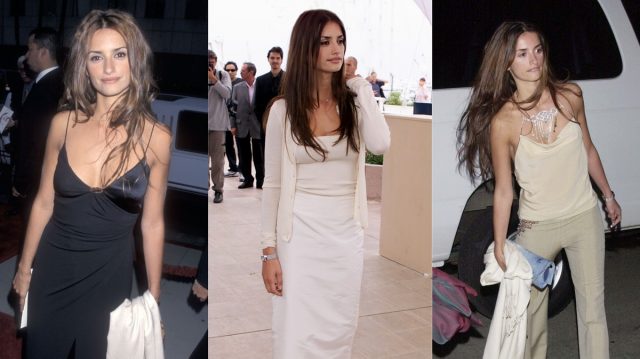 Spanish actress Penelope Cruz decided she wanted to become an actress after watching Pedro Almodóvar’s cult rom-com Tie Me Up! Tie Me Down! 1990. Two years later, she made her cinematic debut with her own cult flick, Jamón Jamón. Since, Penelope has gone on to forge a decades-long (and critically acclaimed) creative partnership with Almodóvar, himself, spanning 1999’s All About My Mother to Volver — which earned the actress an Oscar — and beyond. She’s starred in high-calibur Hollywood action flicks (Vanilla Sky) and Disney franchises (Pirates of the Caribbean) alike. Beyond cinema, she’s faced Chanel campaigns and even played eternal fashion icon Donatella Versace. In terms of her own personal style, Penelope’s singular look flourished around the turn-of-the-millennium. Rather than indulge the era’s most-worn trends (think Y2K’s hot pink micro minis, and diamante ⁠— although there is an incredible Chloé-by-Stella moment), Penelope championed a post-90s minimalism that took in slinky slip dresses, cashmere twinsets and pantsuits. Here, we take a look back at some of Penelope’s most iconic outfits of the 00s era.

Actress Penelope Cruz made her movie debut in 1992 cult Spanish film Jamón Jamón, becoming an instant international sensation for both her beauty and acting chops. The actress followed up her acclaimed debut with roles in the 1992 Oscar-winning comedy-drama Belle Époque and Spanish director Pedro Almodóvar’s 1999 film All About My Mother, before making her Hollywood breakthrough in 2000. Here, a year before playing her star-making role in All The Pretty Horses, Penelope attends a red carpet ceremony wearing the look she’s best known for: the slinky slip dress. 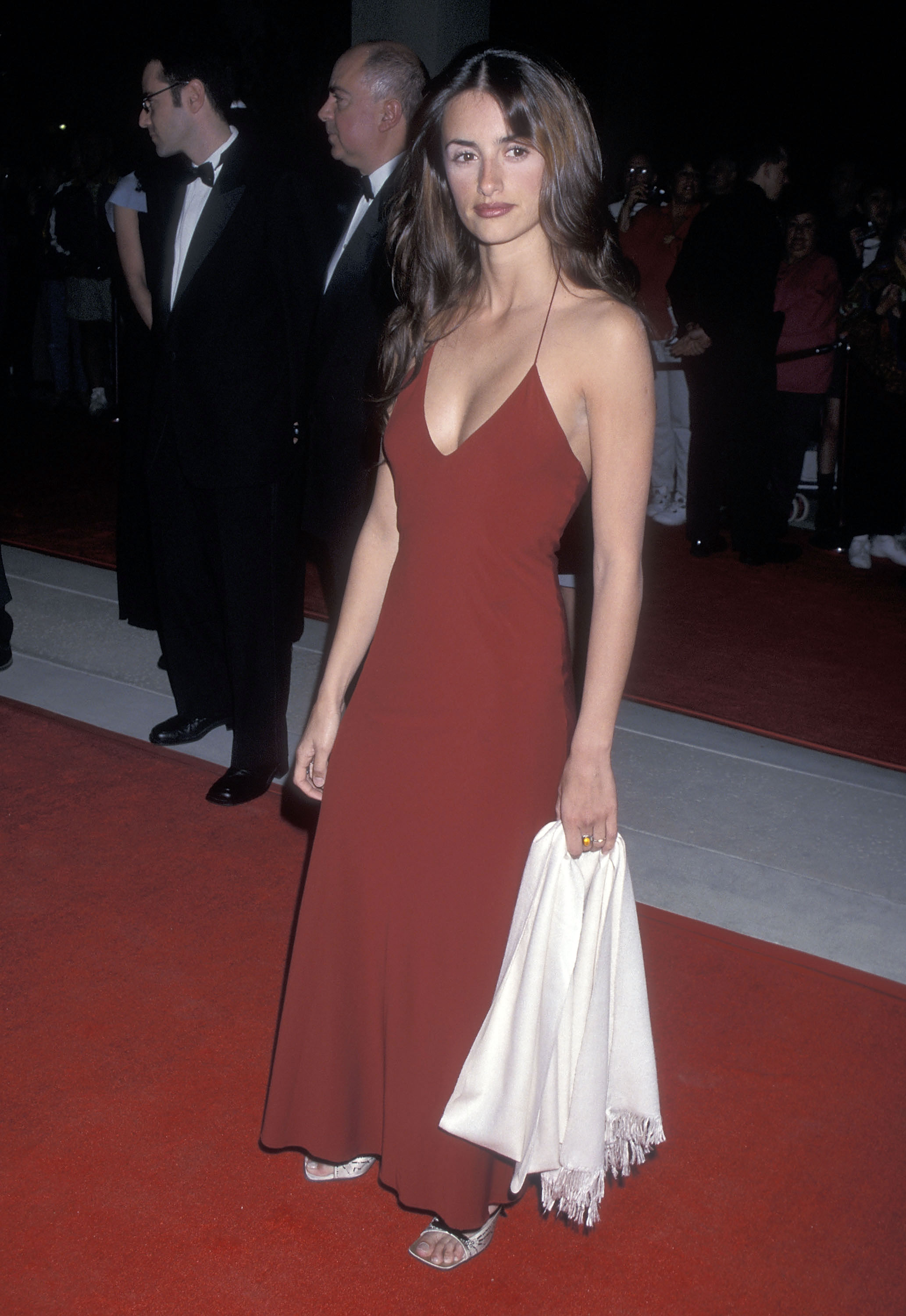 Penelope loved a slip-dress moment. The Spanish actress, Penelope, loved a slip dress moment in the Y2K era. She wore slinky jerseys and jewel tone satins. Here, to the Palm Springs Film Festival, Penelope wears a clingy red jersey take on her favoured look, complete with a wooly cover-up — another one of the actress’s signature pieces. 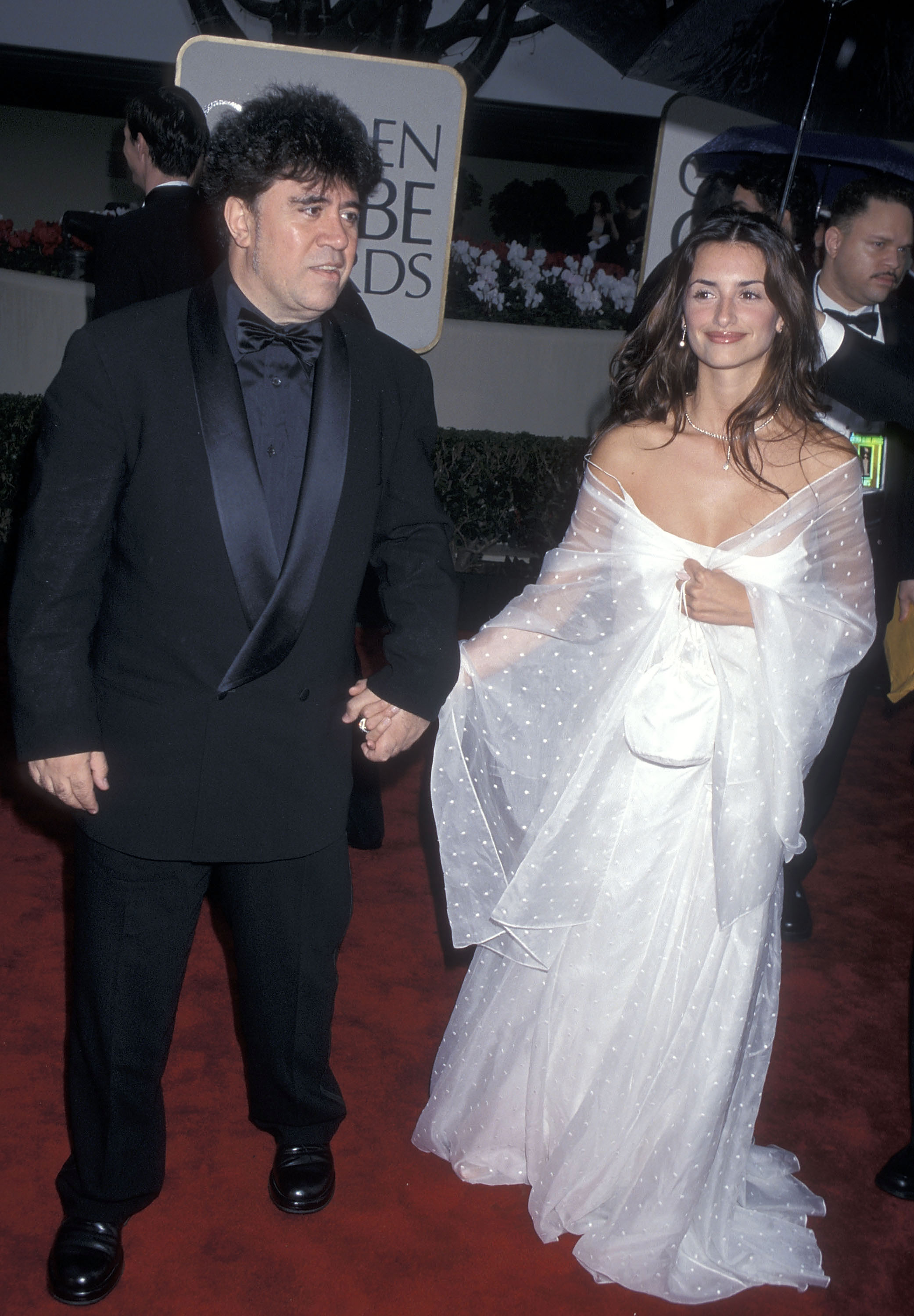 As a teenager, Penelope became interested in acting after watching Almodóvar’s 1990 film Tie Me Up! Tie Me Down! Seven years later, she was cast in Almodóvar’s Live Flesh. This film marked the beginning a long and fruitful partnership of the two for over a decade. Penelope and Almodóvar’s second project All About My Mother earned the director the Golden Globe for Best Foreign Language Film. Here, Penelope, the film’s breakout star, attends the awards ceremony alongside the director, wearing her favoured slip dress layered beneath a diaphanous chiffon shawl. 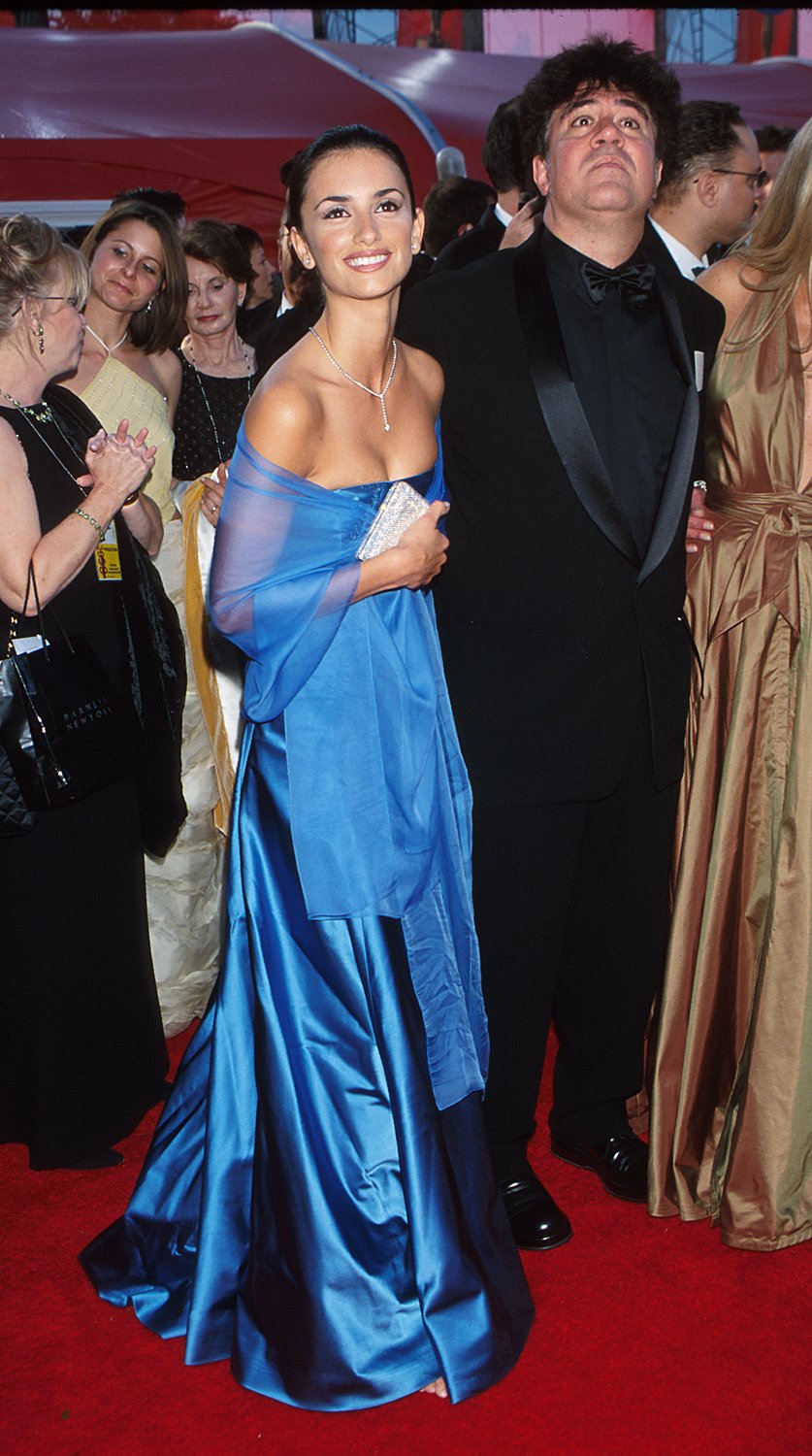 All About My Mother won the Academy Award in Best Foreign Language Film. Penelope wore a strapless, topaz-blue satin gown and a chiffon shawl to the ceremony. 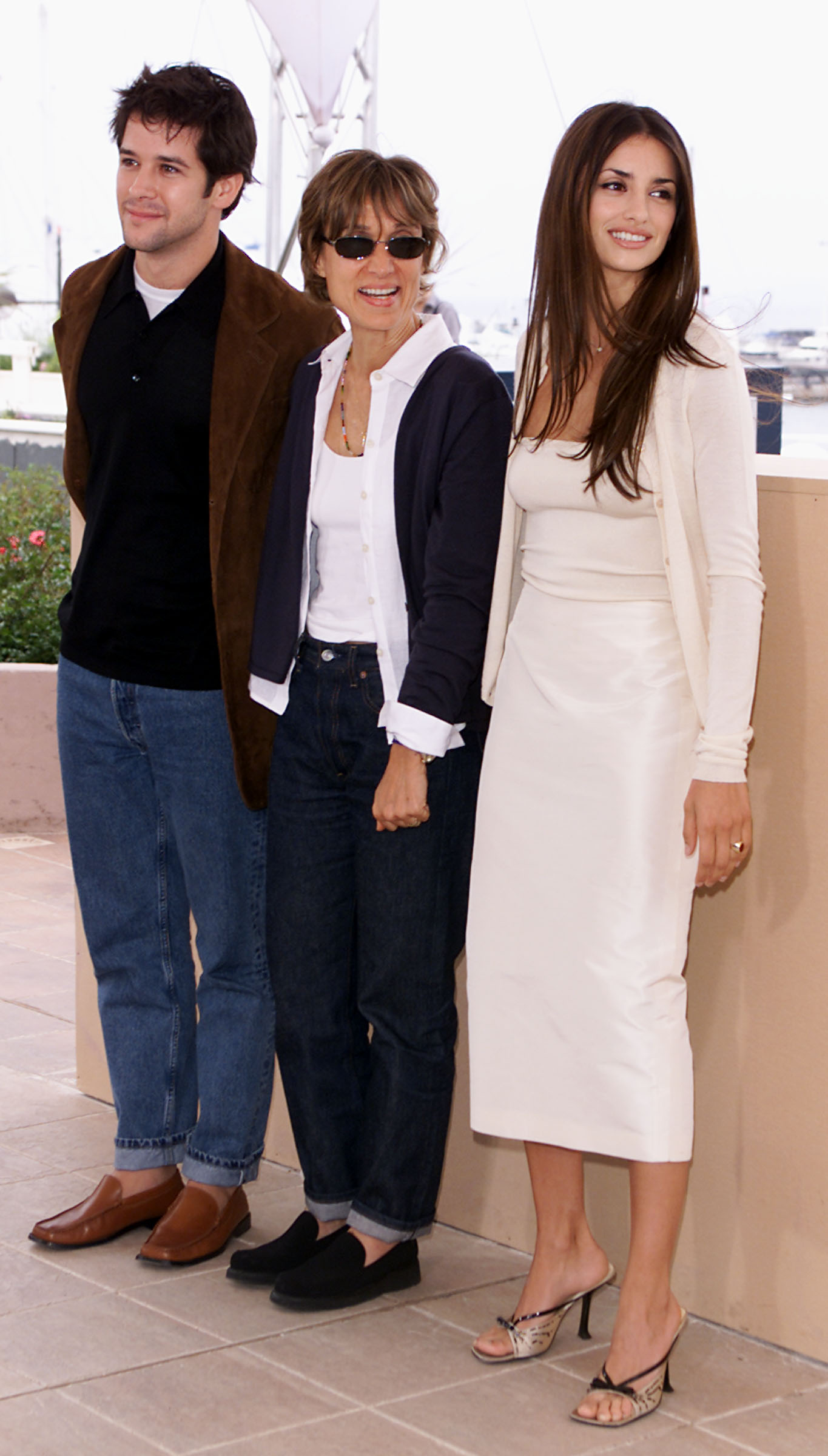 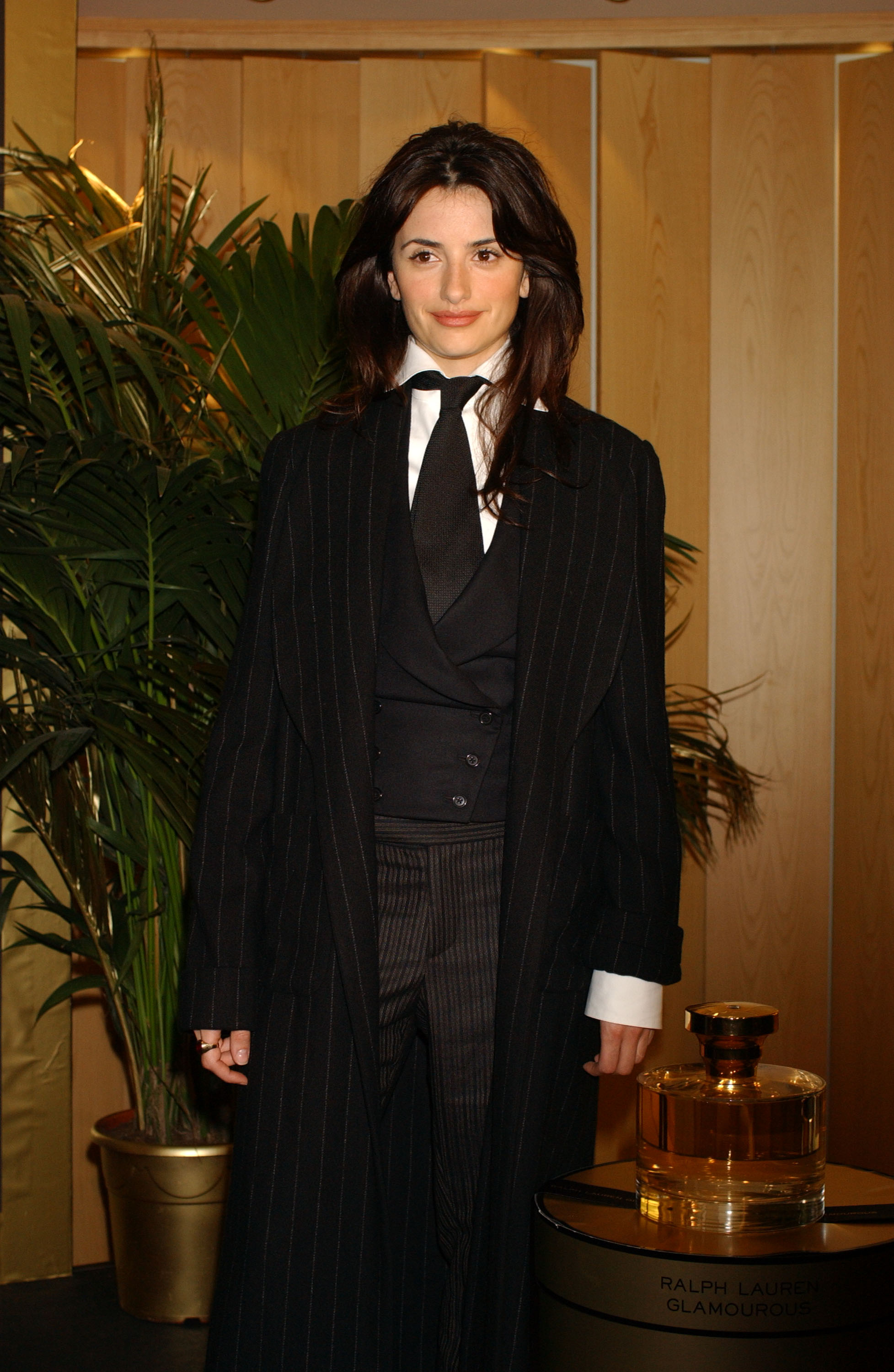 2002 at a Ralph Lauren press conference

By 2002 ‘the tie’It had quickly become a Y2K-inspired womenswear trend (thanks to Avril Lavandigne!). Penelope gives the look a sophisticated twist with a Ralph Lauren three-piece suit. A perfectly unconventional Y2K look, fit for the one of the era’s most underrated style heroes.

Ariel Rose - August 15, 2022 0
Over the Film and television have given us a wealth of entertainment over the years. The most iconic teenage characters. So many iconic teen characters,...

Outlets at Castle Rock Shopping Extravaganza On Saturday. You Save Money...